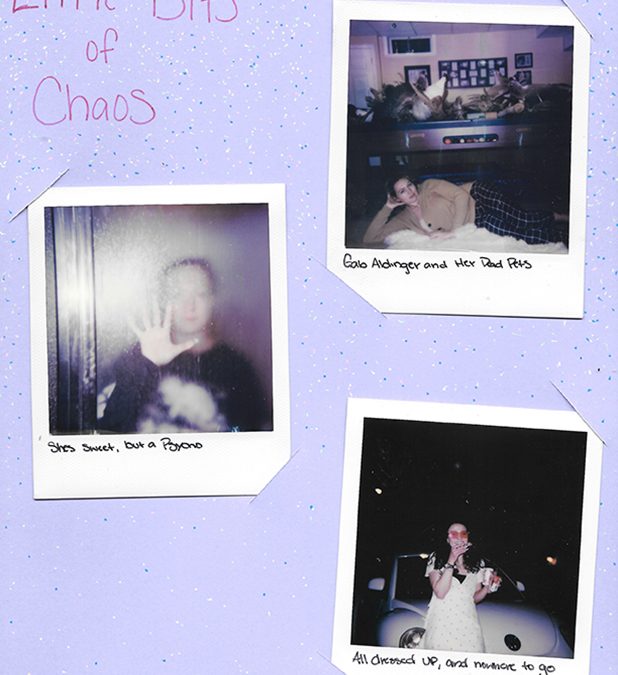 This page was inspired by several different things. I took “Gab Aldinger and Her Dead Pets” first, and wanted to use some of the energy in the photo in others. I just really liked how weird it felt so I started taking a bunch of pictures that were filled with stuff. I ended up picking these three photos because although they aren’t exactly the same, it feels like something is a little off in all of them. The background is supposed to represent confetti, which in my opinion is one of the most chaotic things you can buy.