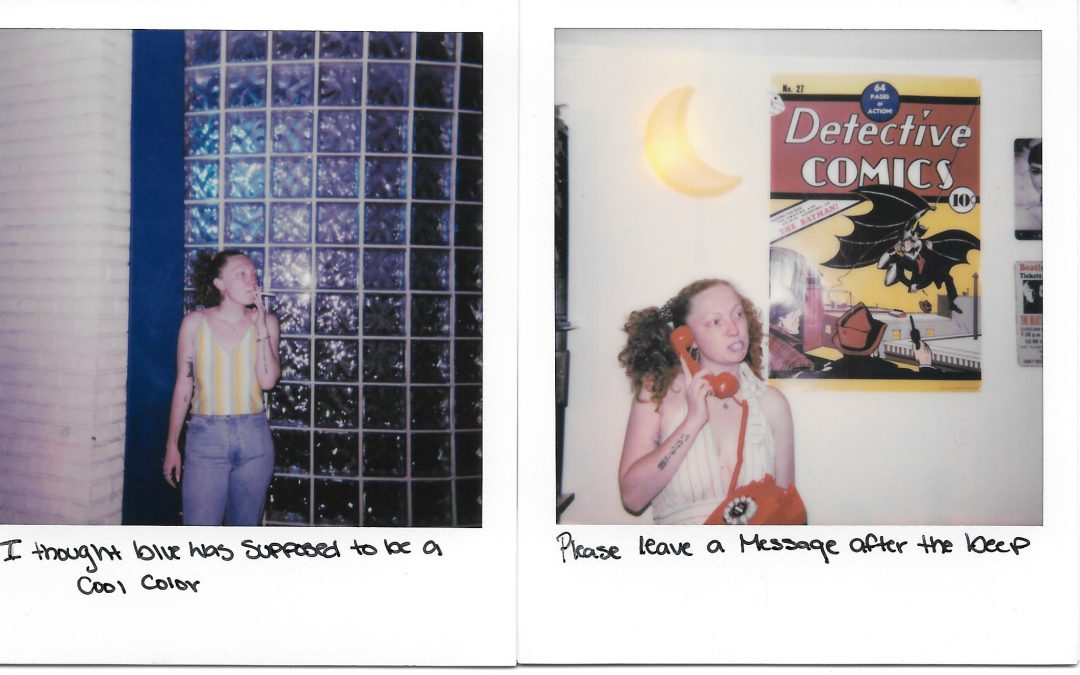 I really had to change a lot of what I was planning on doing for this project, as COVID-19 progressed. I really wanted to do an instillation piece, using all my photos and everything else that I used in the photos. This ended up not being possible due to the fact that I didn’t have an empty room that I could set up as a place for my work. From that point it also became apparent that I was going to have to figure out a cheaper way to present my project, due to the fact that I was no longer able to work, as I work in a restaurant. This is what drove me to the idea of a scrapbook. I felt that it would be cool to do something a little crafty, to go along with my photos. It also became much more difficult to take the photos I had originally planned on taking. For instance I was going to attempt to go to this huge arboretum near my house, but I was unable to when the parks closed. It definitely became much more difficult to take photos outside, people were very wary of walking near me and my friends.

Right before everything in the city started closing my boyfriend’s mom fell and broke her knee. She had to go to the emergency room, and ended up needing surgery. I’ve been staying with her to help her get around, and as such it made it even more difficult to get photos. Therefore I ended up having to take a lot more photos of myself than I would have liked. Originally I was only going to have maybe one or two photos of myself, and have everything else be of my friends, but due to everything that’s going on, about half of my photos ended up being of myself. This is the only part of my project that I would change if I had the opportunity. I would love to have more photos of some of my other friends, especially those that I only have one or two of.