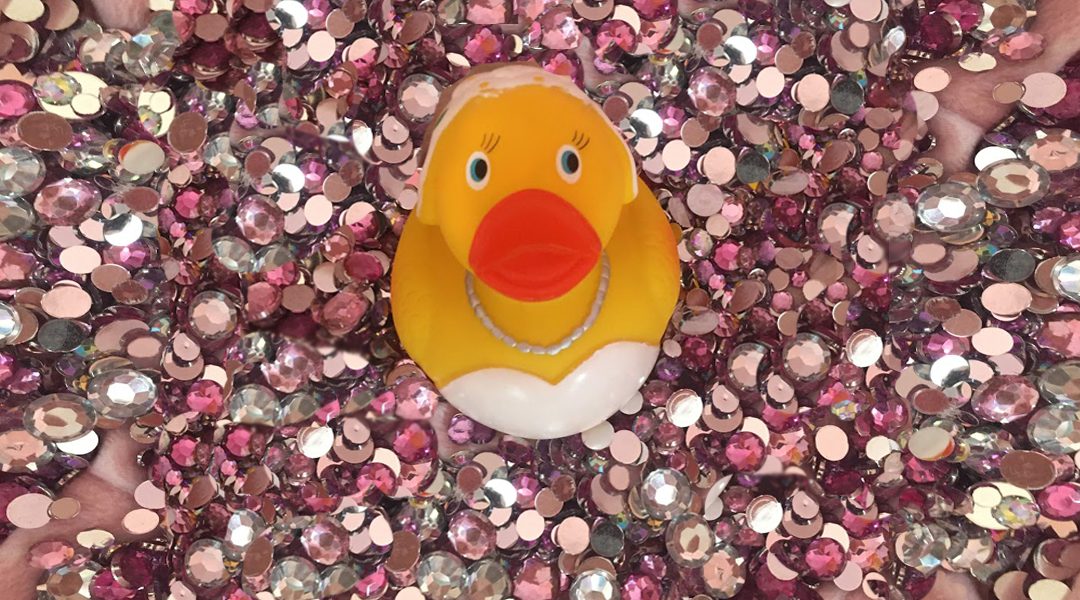 For many children, some of the best memories are going to slumber parties. From the makeovers to the juice gossip and never forget the epic dance battles! They were the coolest and I can’t help but think that it would be so much fun to do that again! Not just a sleep over but a full-blown slumber party.

So, when I had to come up with a new, quarantine friendly, bachelorette party I knew I had the perfect opportunity. It may not be honkytonk hopping like I had originally planned, but that doesn’t mean I was just going to cancel the party! When I thought about it, a slumber party is perfect for Delia’s bachelorette party. The duckies themselves are children’s toys that are, for the sake of this project, pretending to be adults, so a more mature version of a favorite childhood activity is an obvious choice. This was only confirmed when I got a surprise in the mail from my aunt- a spa duckie from her trip to Memphis back in early March.

I had a lot of fun trying to figure out how to get the duckies to participate in my favorite slumber party activities. I made sure to take a group picture of all the girls because a good group picture is hard to come by but an absolute treasure when you get it. Then, I cut out cucumbers and face masks for a few of them and tried to get an angle that looked like Delia was taking a selfie. I also staged a movie screening which was tricky trying to let in enough light to take the picture but not too much that I lost the effect. Then they had a pillow fight with cotton ball pillows. My favorite picture by far is one that has, if I’m honest with myself, nothing to do with a slumber party. I just so happened to have a box of pink rhinestones sitting around and thought the bride would look good sitting in them. I was right.