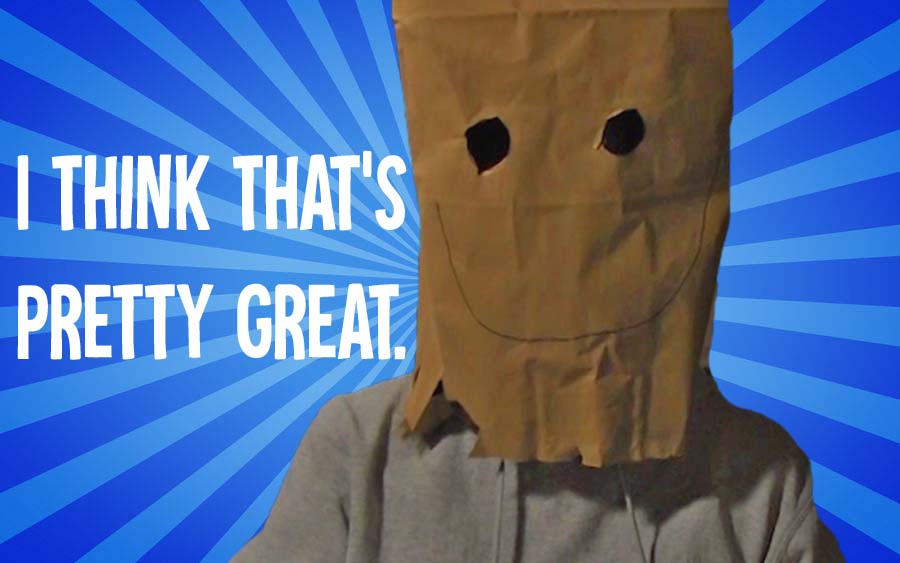 One of the more challenging things I’ve had to deal with and become more comfortable about is just how I present myself on camera. You’d think that since you’re basically just in a room talking to yourself and a camera is filming you it’d be easier than having to do something with people watching, but I’ve actually found in most occasions during my filming process that it’s been the opposite. When I’m giving a presentation or something in front of a class, I don’t normally get nervous anymore and am usually pretty comfortable. However, when I’m filming a video, I’ve had trouble converting that comfort and presence to when I’m just on camera by myself.

I don’t know what it is, exactly– I’m an introvert, so typically I’m more comfortable when I’m by myself. But for some reason when the camera turns on and I know it’s recording, I find myself tripping over words or having to restart or whatnot. It’s very frustrating, partly because I feel like it shouldn’t be a challenge for me. When I’m on camera when other people are too or I’m filming in a group I don’t have that problem– so why is it only when I’m filming alone?

I think it comes down to two things. One, this is just kind of a new way of filming for me, and because I’m not quite used to it yet it’s uncomfortable. Despite the videos I’ve done it’s just not natural yet and therefore I can’t quite just turn on the camera and in one take get it how I want it. Two, I think it’s also because I’m alone with myself. It might not seem like it, but I can be a bit of a perfectionist sometimes in regards to the things I create if I really care about them. I hold myself to high standards, maybe sometimes a little too high, which makes me feel like I need to do everything and make everything perfectly or exactly how I envisioned it in my mind. Logically, I know for almost everything that’s not live and is filmed, people make multiple takes and it’s not expected every single time that it’s going to be perfect on the first try. But for some reason I tell myself that for these videos I’ve thought out in my head so much I should be able to get them all in a single continuous take, and then am ultimately disappointed in myself when I’m not able to do it, which only makes the next take more difficult.

However, as I make more videos, I think I’m getting better at it. Take one of my more recent videos, called “making myself a nice little hat to wear in these trying times”– that one I was able to do in one single take, without having to turn the camera on and off multiple times to try to restart because I didn’t like how I was doing. I did cut some parts out, but I’m proud of how I didn’t have to stop and start because I felt I wasn’t “doing good enough.” Partially, I think it was because I only had one paper bag to work with and if I screwed things up I wouldn’t actually be able to restart, but I do think I was able to get through the thing easier than in some of my earlier videos.

Ultimately, I might be alone while filming, but there’s still an invisible audience there with higher expectations than anyone else watching that makes it difficult to get comfortable on camera–

myself. But as I try to make more videos and get better, even now, I’m hoping to be able to keep improving and not letting that voice in my head stop me from making the things I want to make.