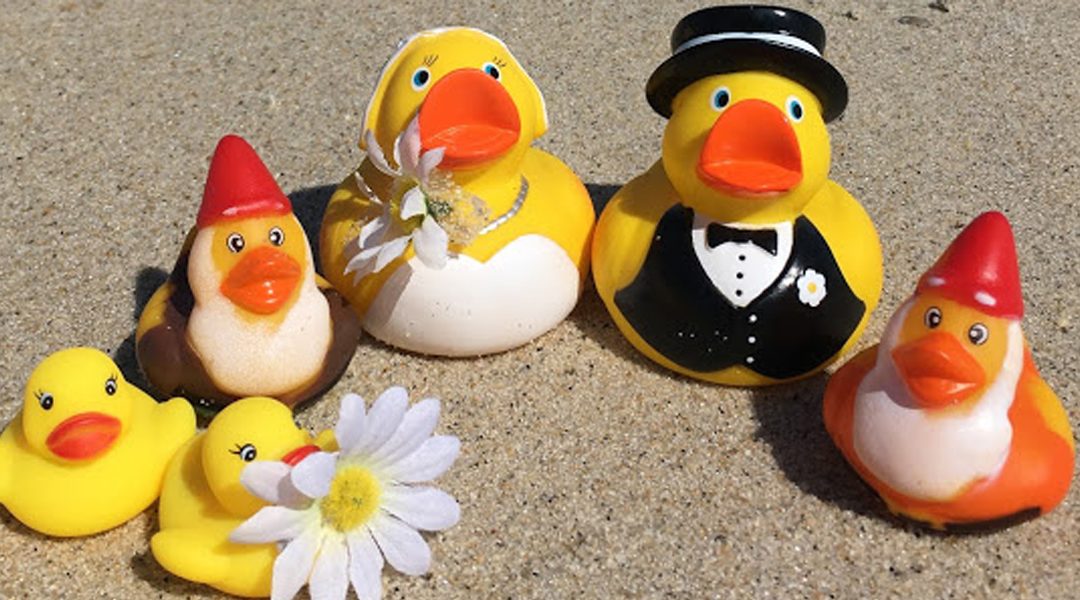 A Waddle Down The Aisle

It has officially happened! This Sunday was such a beautiful day and it was the date that was originally set for the event, so I decided to gather my crew, a.k.a. my parents, and head down to the beach while we still have it. The sudden lack of predictability has been a major source of anxiety for me recently and the rumors that the city may close the beach have not helped. Luckily, we have made it this far and we were able to get to the beach on the kind of day anyone would like to get married on.

Since the beginning I have been trying to figure out a way to bring the ducks to life. In our original discussions, we talked about carrying the duckies on platforms as they walked down the aisle. Since this no longer needed to be presented at a human perspective, I decided to attach a 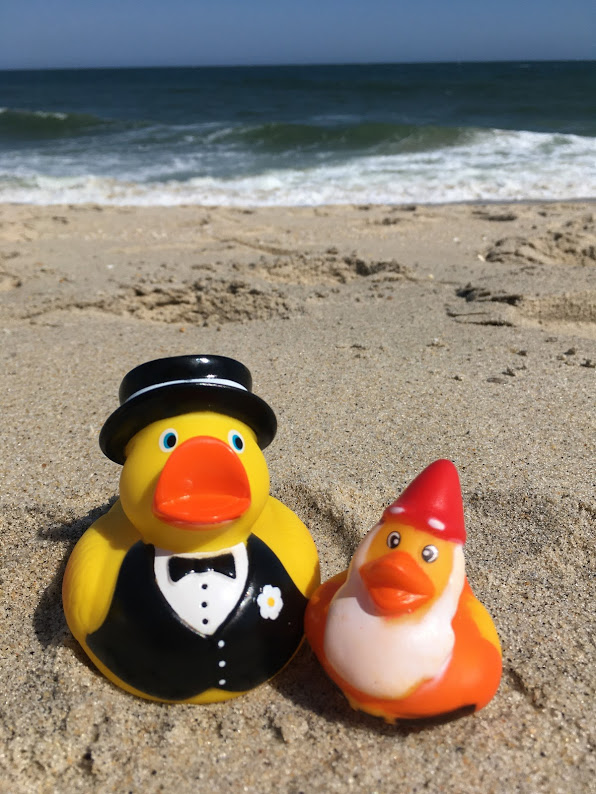 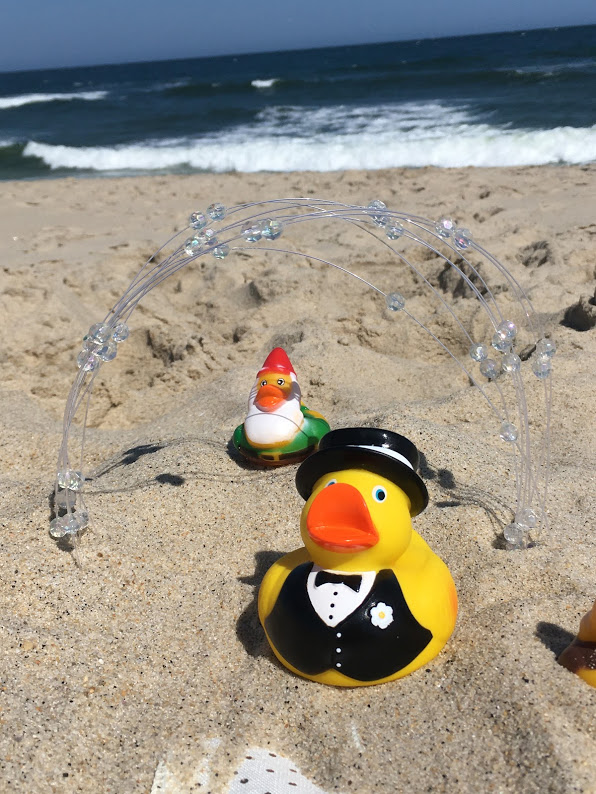 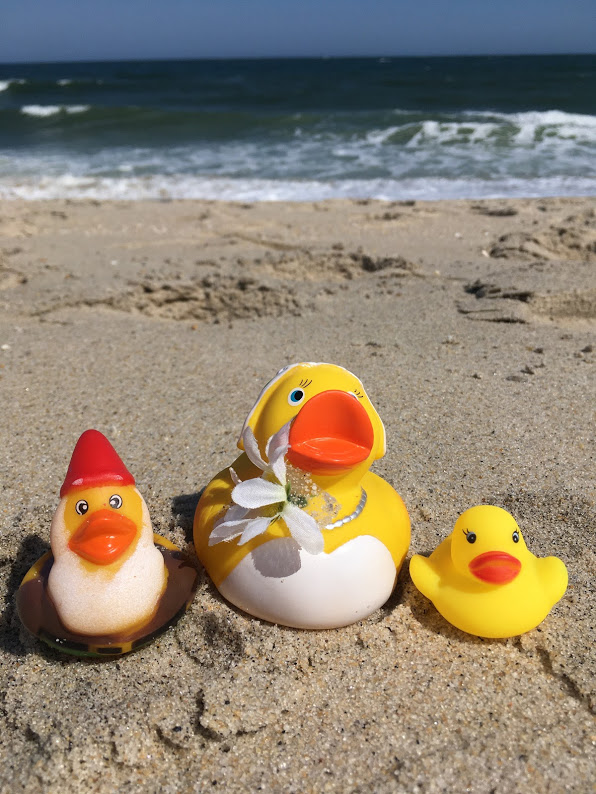 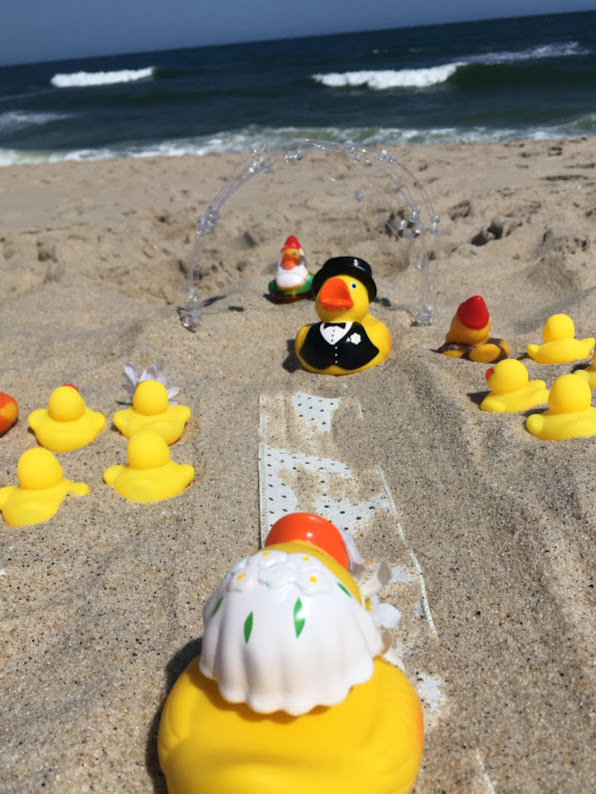 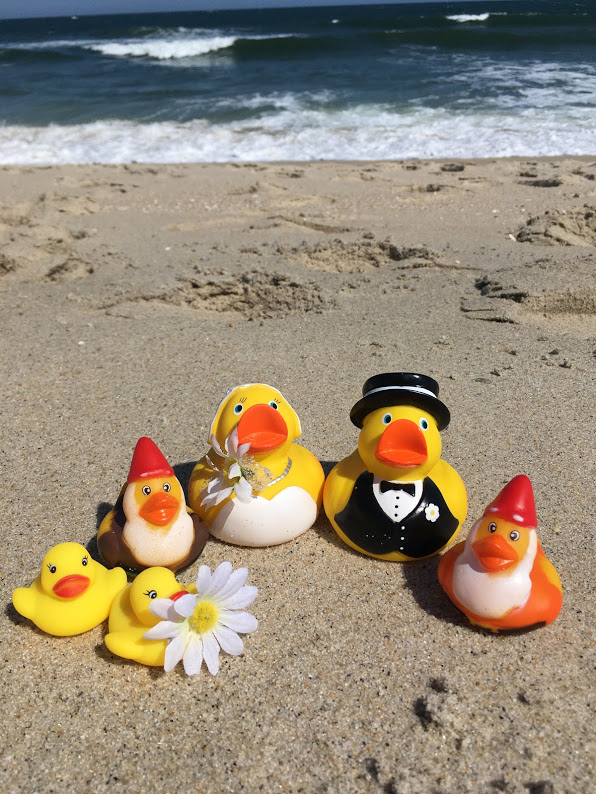 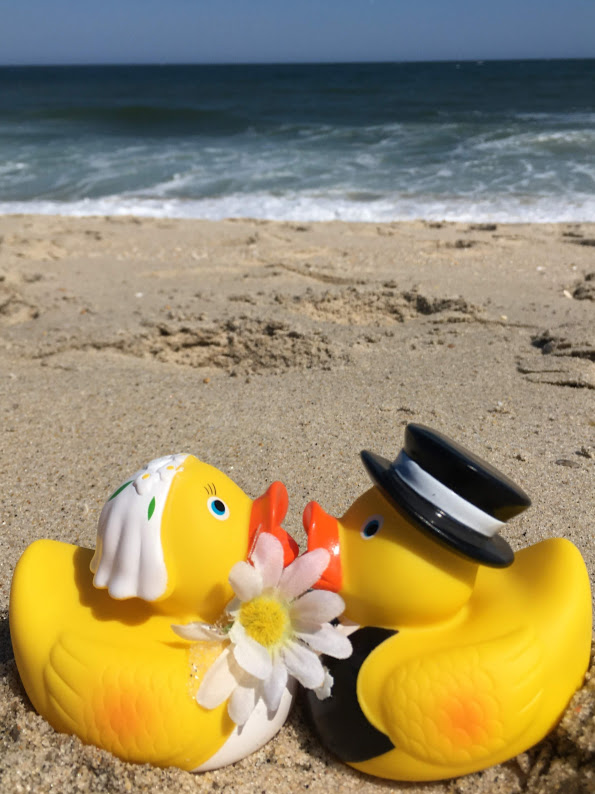 string to the bottom of the ducks and pull the m down the aisle which only took a bit of creativity to get working. A lot of the most exciting parts were where we tried to add movement and emotion to the duckies. There are many shots where a hand could be seen wiggling a duckie so that they could kiss and too much time went into trying to find a way for them to exchange rings in a way that was not too strange. In the end, I had to remind myself that this project was always intended to be a bit of a joke. It is odd and I am entirely allowed to embrace this.

Therefore, while some things have been re-shot, others we decided to keep with their fingers and accept the fact that the string keeps sneaking into the shot. At the end of the day, this project is meant to be fun for myself and other people to watch. These pressures I am putting on myself are only in my own mind and when I look back on the final product I will remember the fun I had filming and that is what is important.