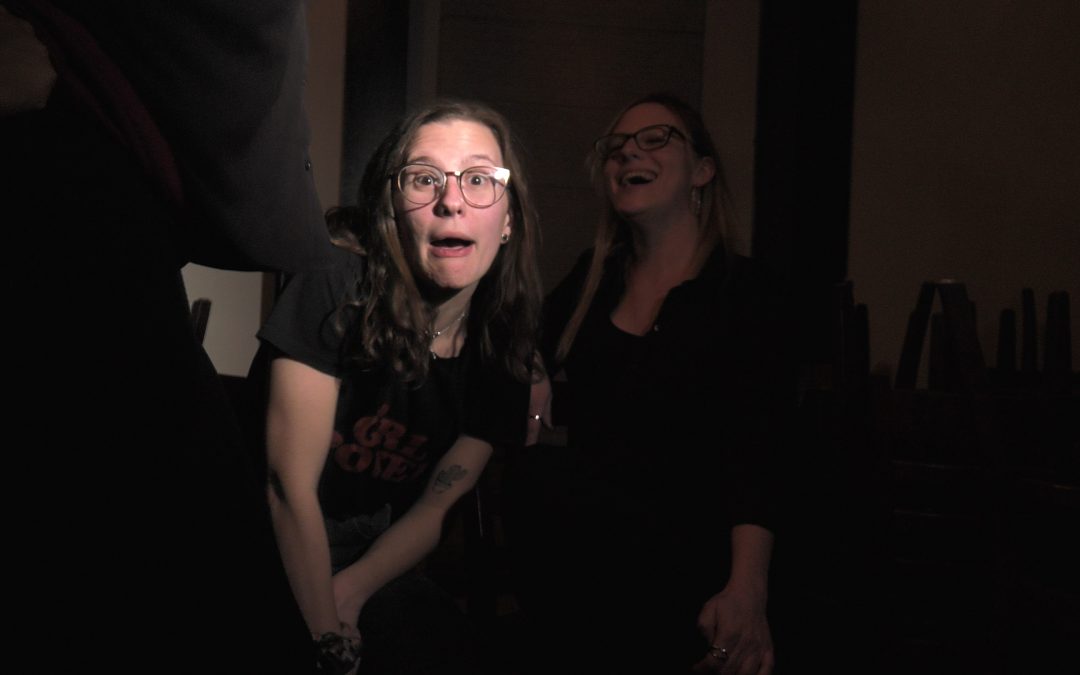 Pictured is a still that I accidentally captured in Premiere from my thesis footage.

For most of my ‘quarantine’ I’ve felt really creatively blocked. I’ve attempted and failed to complete more projects than I’d liked to admit. My thesis was a project that kept nagging at me. I knew I was supposed to be working on it but I felt like if I couldn’t even finish writing a poem for fun how was I even going to begin filming and editing my thesis? However, after I started working on this site as an editor and seeing everyone else still working and creating I felt less creatively blocked and more inspired.

This past week has been a lot of brainstorming and sorting through the footage I have from the project I started. Trying to figure out how I can turn it into something cohesive and look at it in a different light. I ended up making a “blooper” video of some of the footage I had because it was something that felt lighthearted and enjoyable to do. It’s mostly full of inside jokes between my coworkers and I which is why I haven’t posted it on here but it really helped me muster up some motivation to work on my final project. Here’s to hoping by this Friday I have a rough edit to post.