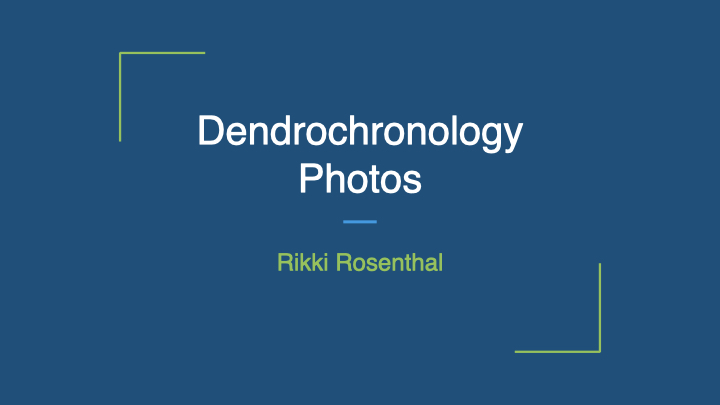 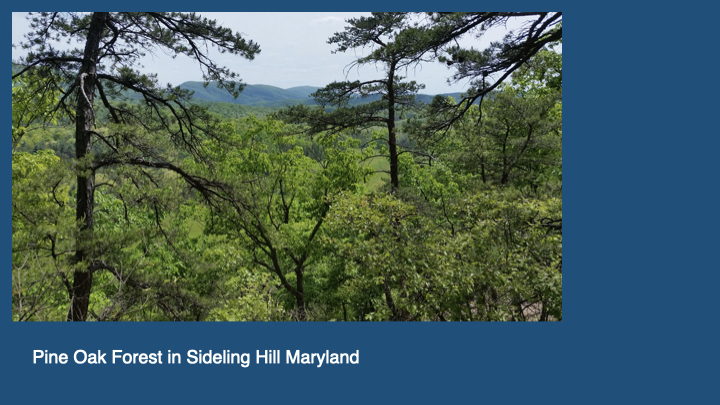 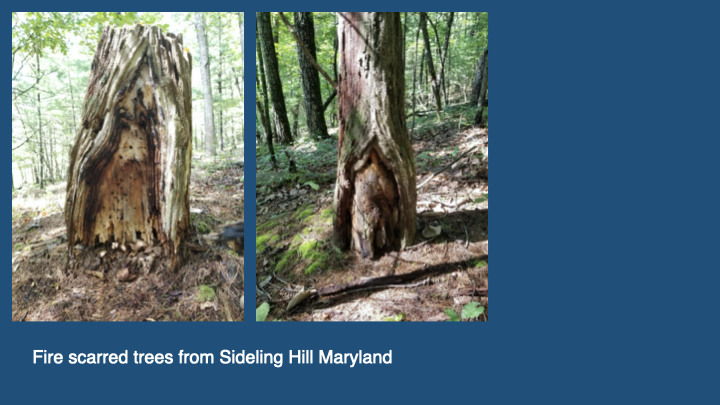 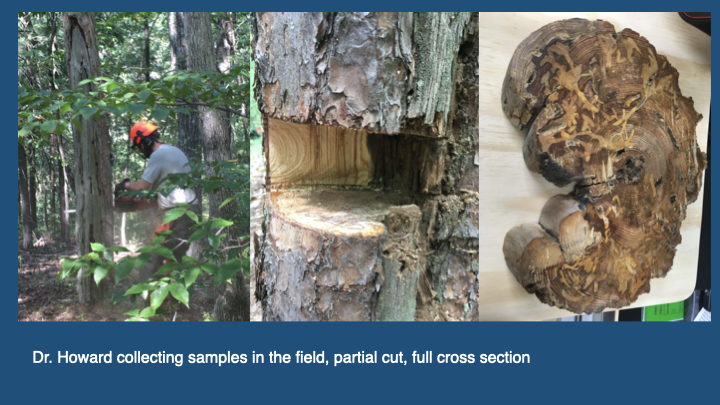 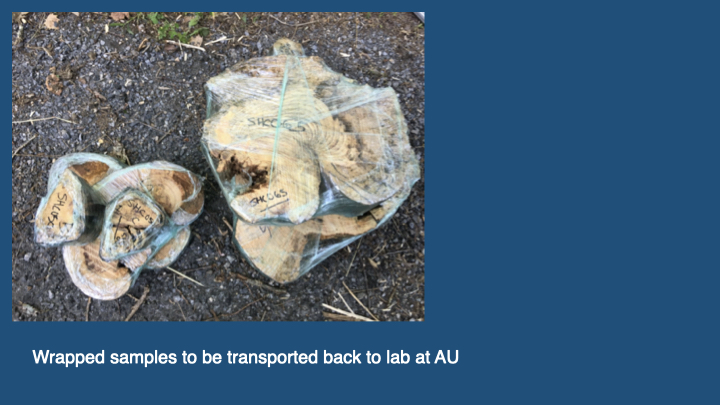 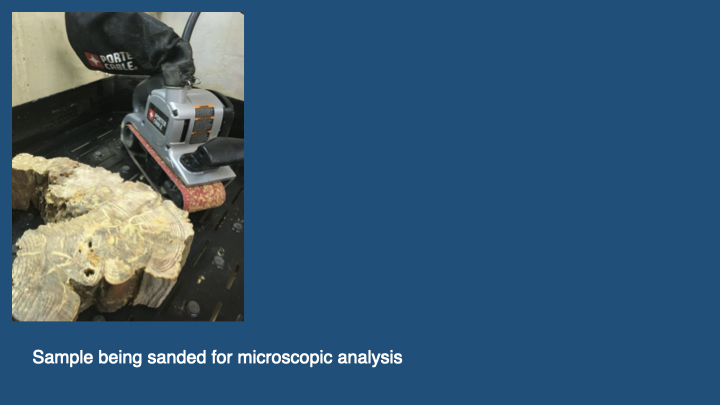 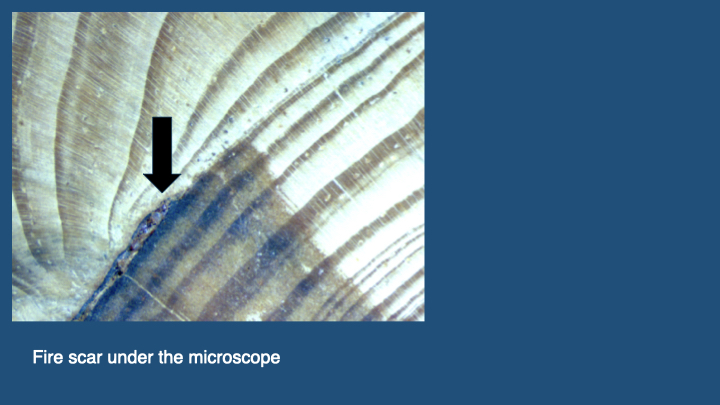 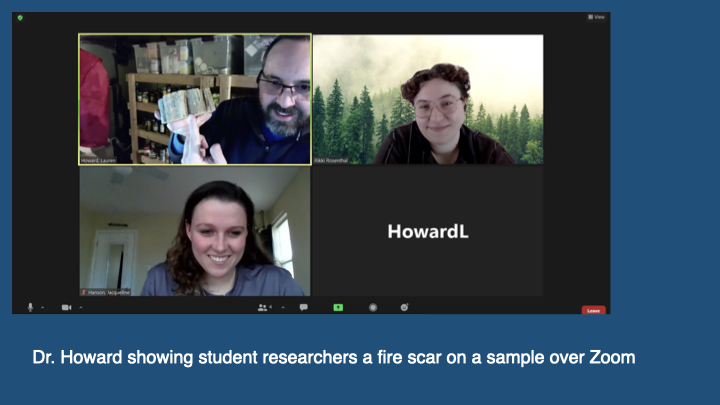 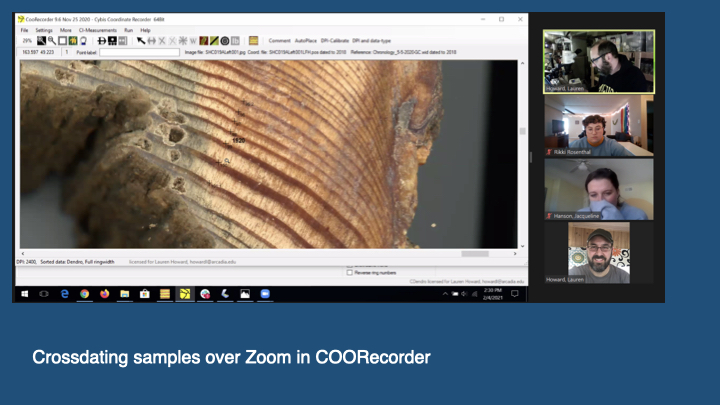 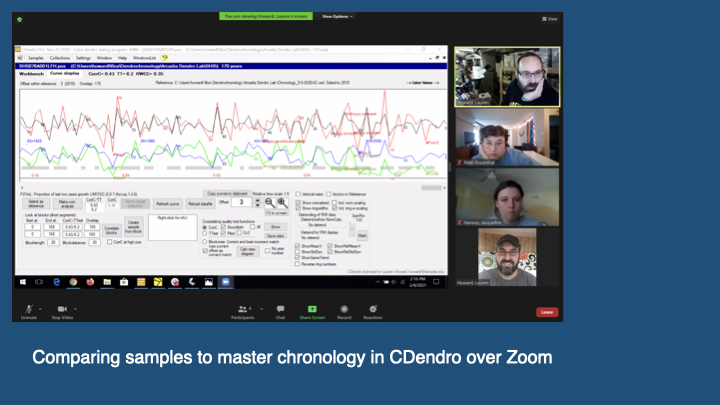 In 2016, Arcadia University Associate Professor of Biology and Dendrochronologist Dr. Lauren Howard, set out with his team of student researchers to Sideling Hill, Md. to investigate forest fires that happened centuries ago.

Trees have the ability to heal themselves after an injury such as bug attacks, animal damage, broken branches and fire scars. Just because a tree has an injury, doesn’t necessarily mean it is dead. Dr. Howard and his team scouted the Pine Oak forests of western Maryland to collect samples for their lab that showed evidence of fire scarring.

Once the samples were safely transported back to the lab at Arcadia University, they were prepped for analysis. Cross sections were sanded down with a belt sander so that their rings could be more easily seen under the microscope.

The samples were then scanned into an online database where the student researchers could determine the age of the tree, the year each fire occurred, and the season the fire occurred, using the COORecorder software. It also allowed the definitive positioning on the timeline of dead tree samples, where the date of the most recent ring would otherwise be unknown. After the scars were identified and dated, they were then compared to a master chronology in CDendro, a sister software to COORecorder.

A master chronology is a reference timeline used to compare rings from new samples to the average growth of tree rings for a specific region. The rings dated in the lab from the 2016 collection were compared to other data collected from nearby sites within western Maryland. The master chronology used in Dr. Howard’s lab was constructed by the Maryland Chapter of The Nature Conservancy, which collected data only 10 miles from the Sideling Hill site.

Once the tree ring dates were verified, they were then entered into the Fire History Analysis and Exploration System (FHAES) program, to be further analyzed for correlation with the climate conditions of the area. It was hypothesized that in years where drought conditions were more prevalent, the chance of fire ignition increased.

Preliminary results confirmed a correlation between fire ignition and drought years. This is important because it suggests that the current climate conditions will continue to impact fire ignitions within western Maryland, especially as droughts become more common with climate change.

In a year where drought conditions were more prevalent and temperatures were more warm, the leaves of oaks, pines, and other plants on the forest floor, plus debris like dead branches, will dry up and become fuel for fire ignitions within the area. This is concerning, because having this type of fuel makes wildfires more difficult to manage.

Typically, fire is unmanageable and often associated with destruction. However, controlled burning is essential to the diversity of organisms in an ecosystem. By intentionally setting a fire in an area where there is an abundance of dead vegetation, it reduces the chance of a dangerous and destructive wildfire occurring, which allows new plants to thrive. Without the regular introduction of fire or other disturbances, oaks and pines in this area cannot successfully reproduce.

After the Industrial Revolution, corporations burned around 90 percent of the central Appalachian forests during industrial scale logging. Due to this rapid decline in forests and new firefighting technology, the U.S. Forest Service introduced fire suppression policies in the 1920’s to allow the forests time to regenerate. However, fire suppression brought on unprecedented ecological consequences in the area. Where ecosystems had been dependent on fire, they were now being replaced with fire sensitive vegetation.

Fire exclusion has allowed for an excess of fuel to accumulate over the last 80-100 years. Combined with increased drought conditions due to climate change, the potential for uncontrolled wildfire is present.

Understanding the role of droughts in historic fire occurrence helps us prepare for the future, utilizing controlled burning makes fire adapted habitats more resilient. The Nature Conservancy’s Maryland chapter is one of the biggest advocates for controlled burns.

They believe that fire is a conservation issue on a global scale and hope to teach people to live with the occurrence of fire rather than do everything in their power to fight against it. Excluding fire has caused more damage than benefits in most fire adapted ecosystems, like Oak and Pine forests. The exclusion of fire has caused mass habitat loss, reduction of biodiversity and ultimately the accumulation of fuels, risking more disastrous fires. With a rapidly changing climate it’s important that we learn from the past and rely on the  regular use of fire to help manage our oak and pine forests for a more sustainable future. 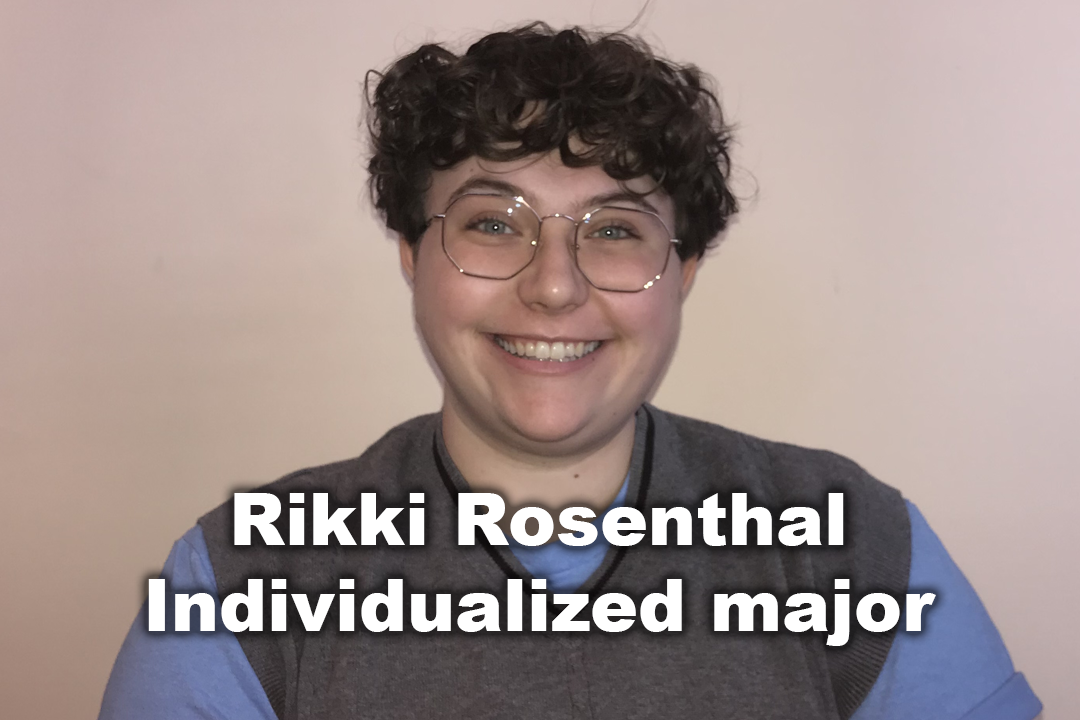 Biography:   Rikki Rosenthal (they/them) is pursuing an Individualized major in Environmental Journalism. They transferred to Arcadia in 2019 from Brookdale Community College in Lincroft NJ, where they earned their Associates Degree in Creative Writing. Since transferring to Arcadia, Rikki has been a consultant at the Writing Center, a student blogger for Because Arcadia, a writing intern for University Relations, an Orientation Leader, and a research assistant in the Faculty Sponsored Dendrochronology Lab.