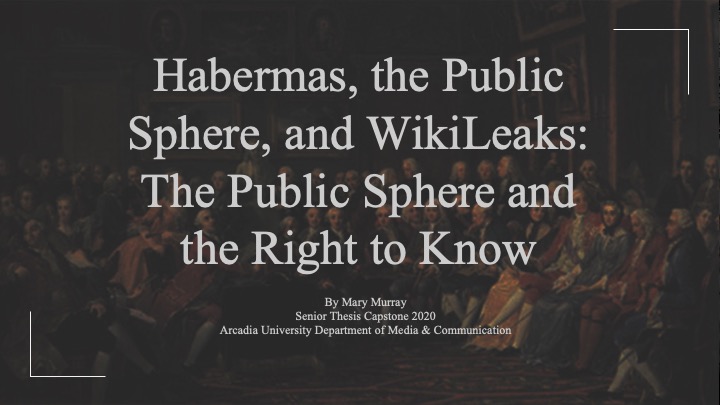 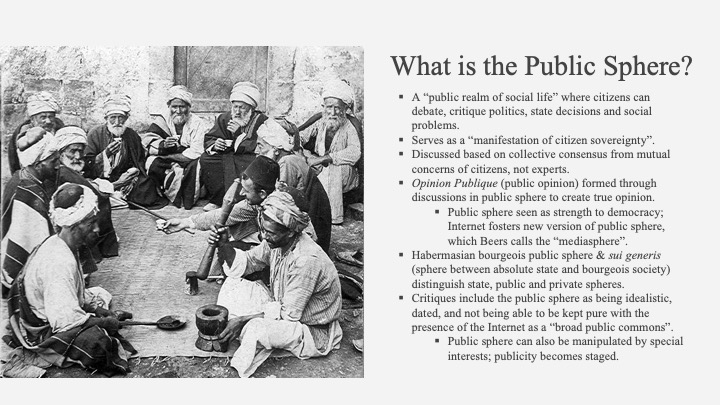 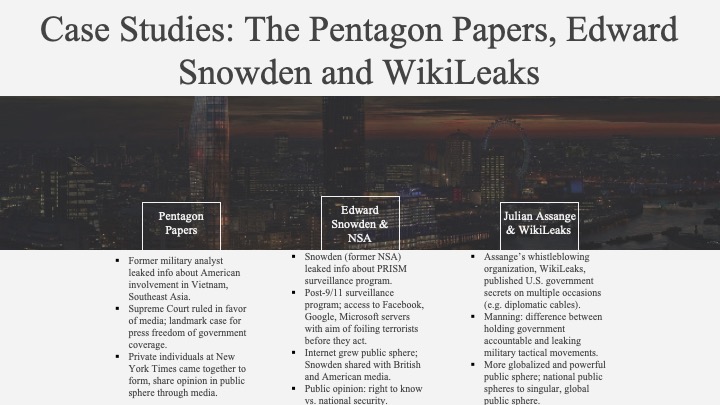 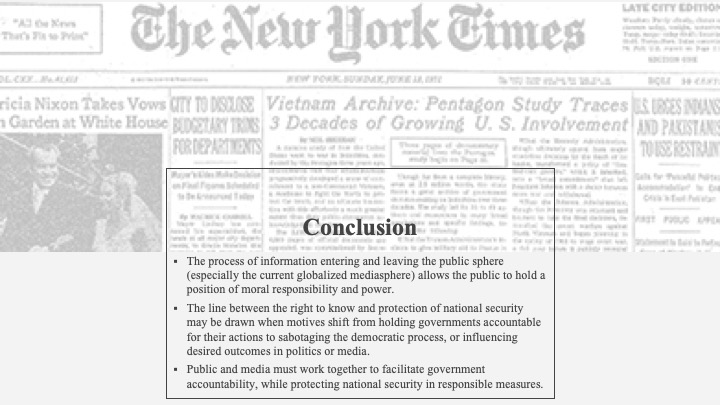 Jürgen Habermas, a German theorist, coined the public sphere as a place where citizens could interact, study, and debate issues together outside the realm of the home or family, which was defined as the private sphere. The public sphere can also be seen as a “manifestation of citizen sovereignty”. At its core, Habermas centered the public sphere around feudalism and the shift of one all-powerful individual reigning and representing the public to those citizens under control of the state. Some critics argue voices encouraging the minorities were actually private voices leaking into the public sphere, while others argue the shift in digital media and political climates contribute to complications in achieving Habermas’s true public sphere. In today’s modern era, the public sphere can be manifested through citizen journalism and independent media sources, especially on the Internet.

The debate between the power and weight of the public sphere, or the public’s right to know, and the government’s claims to protect national security has been rampant as more leakers and whistleblowers share information. I use the Habermasian theory of the public sphere to gain insight into three case studies: the Pentagon Papers, Edward Snowden’s leaks about the U.S. National Security Agency, and Julian Assange’s whistleblowing website, WikiLeaks. Ultimately, the public sphere allows for the media and the citizenry to hold their governments accountable for wrongdoings.