Political Propoganda in The Media 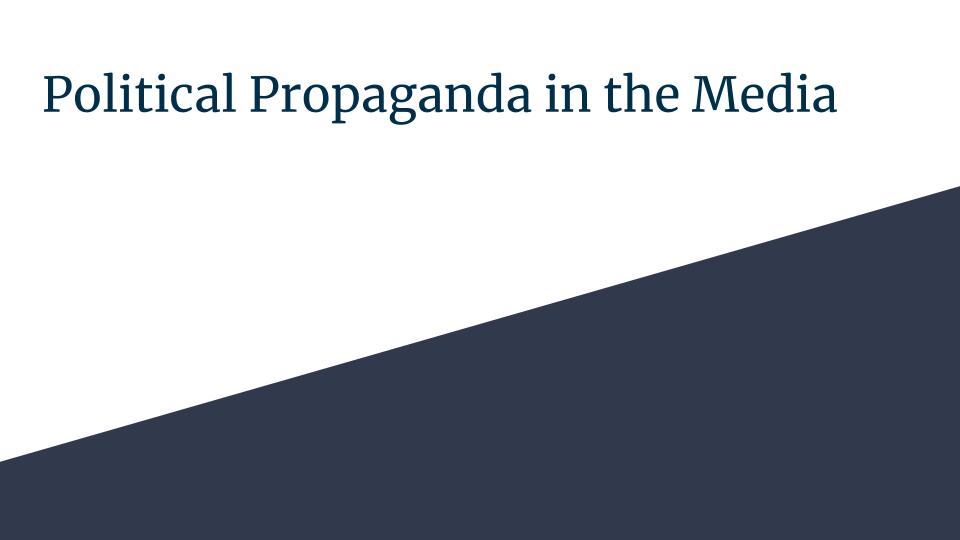 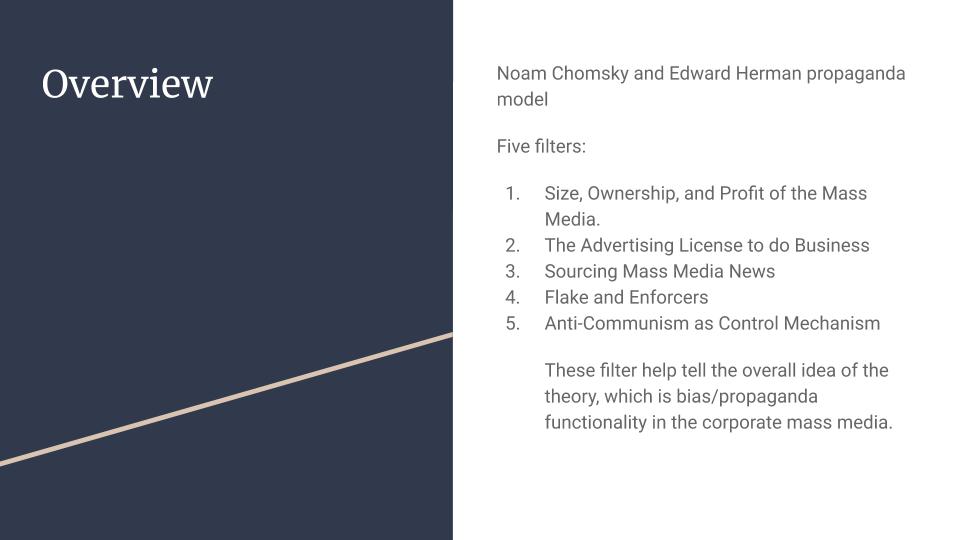 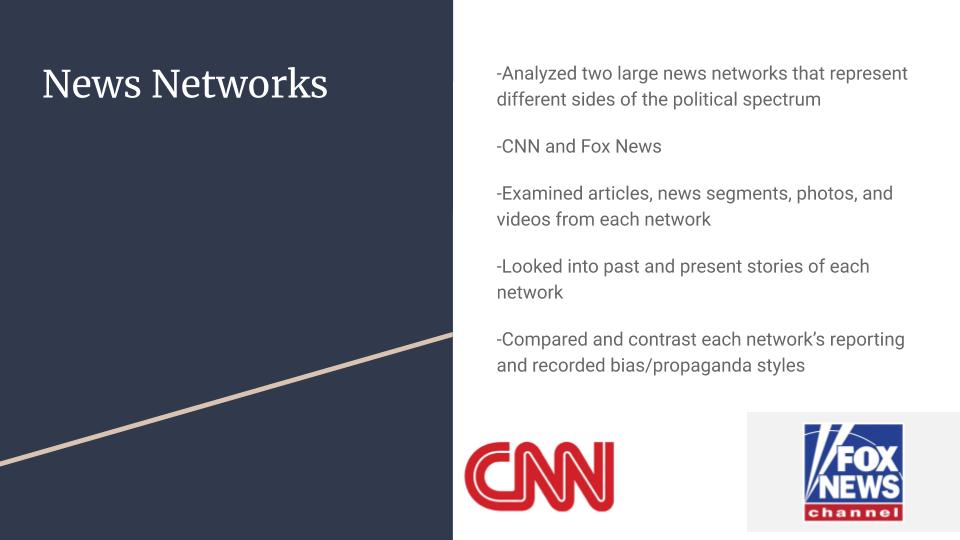 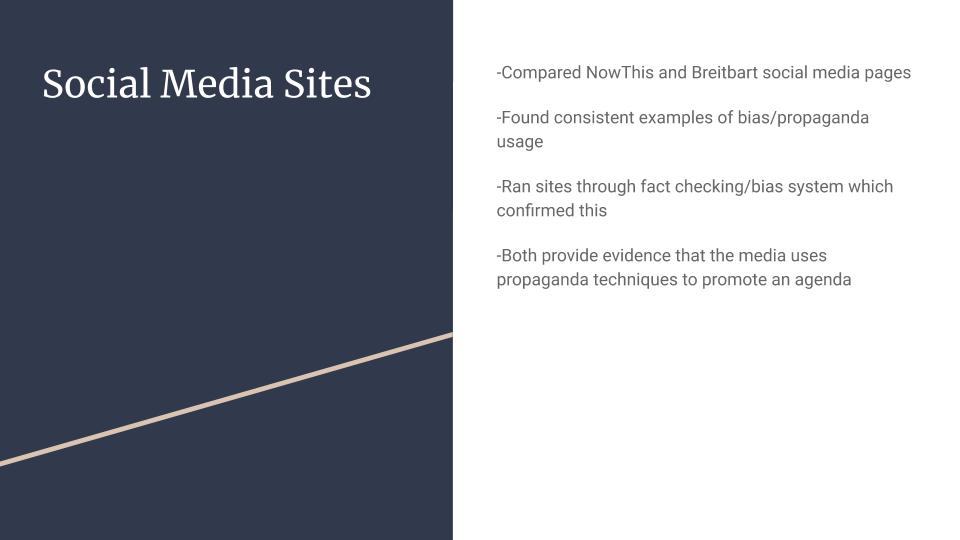 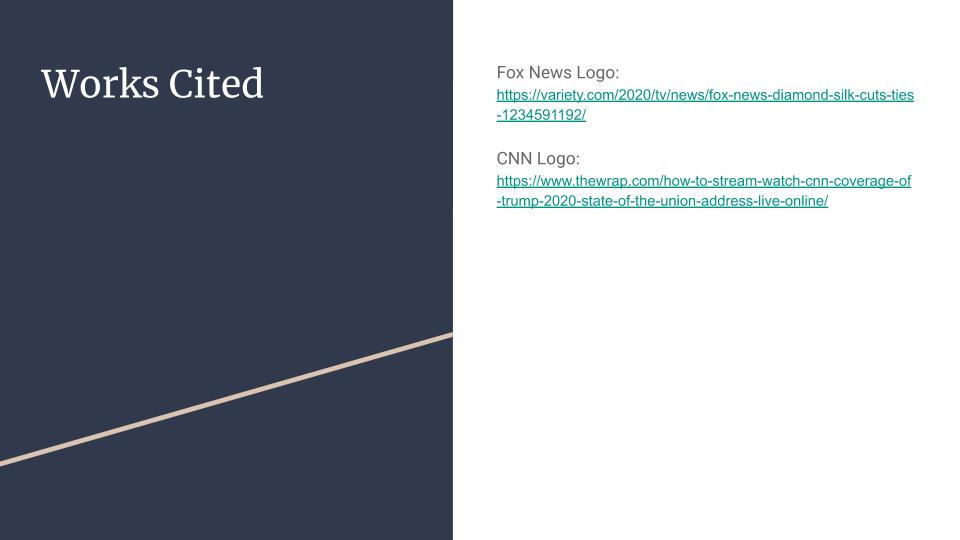 I wrote about the Propaganda model in my theory paper, so I analyzed political propaganda through news sites for my final paper. Since the beginning of February, I’ve been closely examining major news networks that are known to hold political bias. With this information, I broke down the video segments and information that I gathered and wrote about how these networks use political propaganda to their advantage, and in a way, control how their audiences view the other side of the political spectrum. The big networks I analyzed were CNN and Fox News, as they are both notorious for holding bias and relaying misleading information to their viewers. I also looked into social media sites such as NowThis and Breitbart, and looked how they are using propaganda as an aide to connect with their thousands of viewers.