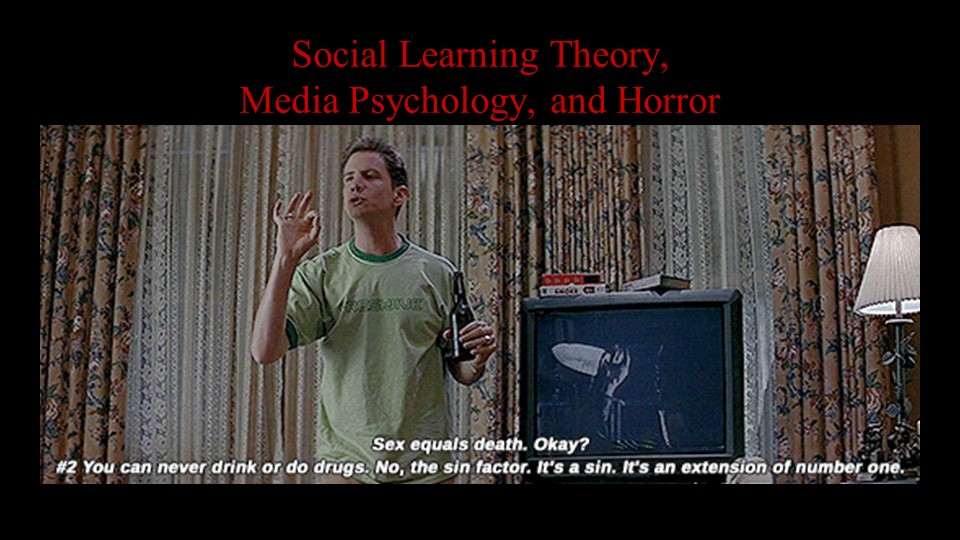 I wrote my thesis paper about horror films and how they utilize Social Learning Theory by punishing the characters for engaging in “immoral” behaviors. These morals are established, according to Kendall R. Phillips, by the anxieties of the culture at the time. Social Learning Theory is the theory, coined by Albert Bandura, that implies that humans are born without an inherent behavior and learn everything from social interaction. He also believed that people grew up able to make their own decisions due to “Consequent Determinism”— The theory that, after patterns of consequences are established, humans are able to determine what the consequences will be on their own as well as decide whether the action is worth the consequences.

For my paper, I analyzed horror films over time, focusing on the Halloween franchise and how the morals of the film have shifted with the morals of real life. In Halloween (1978) a pattern is established very early on that any character who has sex will be killed by Michael Myers, which is why our protagonist, Laurie Strode, who is not interested in boys or sex, survives. In Halloween (2018) Laurie Strode is the protagonist again, but she is one who is actively trying to hunt and kill Michael Myers. In this film and its direct sequel, Halloween Kills, murder is no longer reserved for those who have sex. Michael Myers kills people who are trying to kill him, and after an angry Haddonfield mob accidentally drives an innocent mental hospital patient to suicide, the film finally has them deliver the line, “We’re the monster.”

In other modern films, a similar guide of morals appears. In Unfriended and There’s Someone Inside Your House  the protagonists are killed for sins like rape, murder, racism, and sexism. As a society, we’ve moved past the “golden age of serial killers” and into a much grayer world. Horror films are, at their core, a microcosm of that. 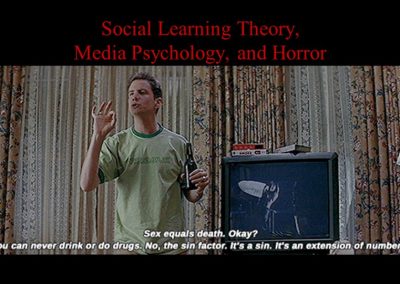 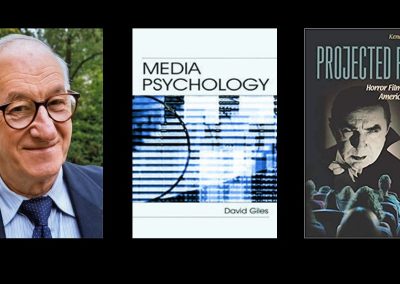 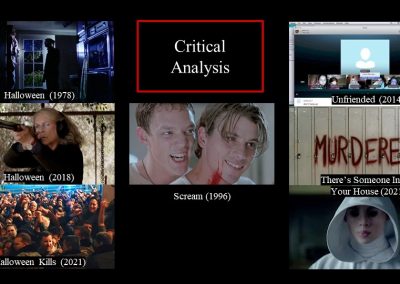