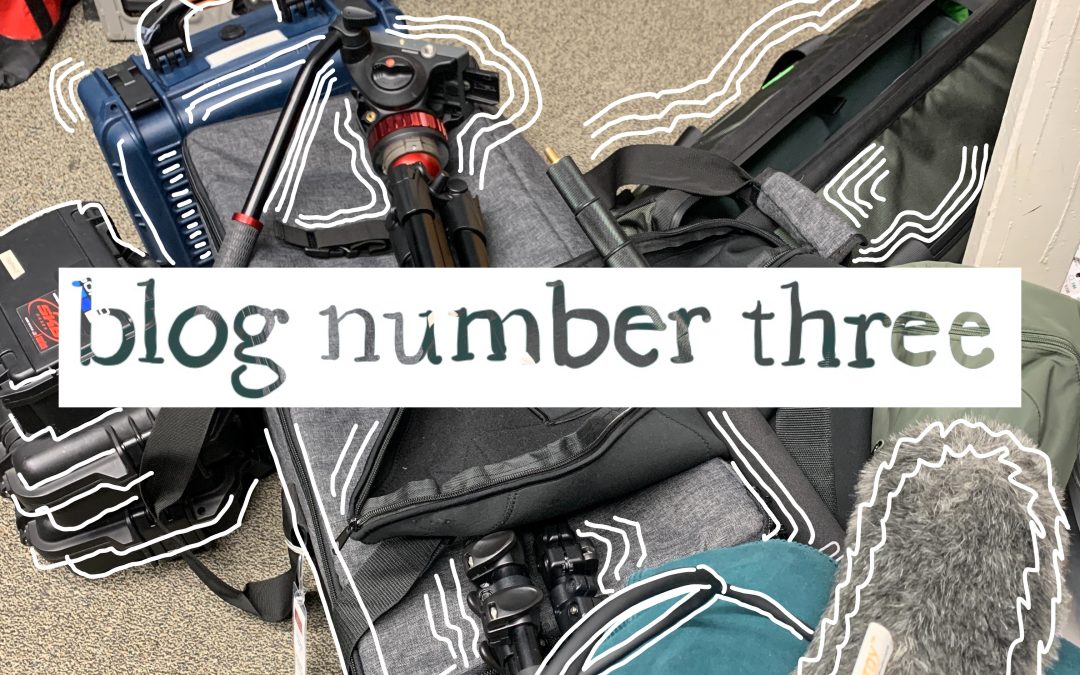 I’m two days into filming, I’ve encountered so many highs and lows and I am, in fact, in full clipboard mode. The first day of filming, literally everything that could have gone wrong did. Only one of the GoPros that I was using to record the surveillance-style footage would turn on. Not only was I working with one camera for three rooms but I had to duct-tape it to the ceilings to get the angles that I needed because I didn’t have the correct attachments to use the adhesive mounts. My actors waited very patiently for me to set up each shot with the horribly harsh lights that I had gotten instead of the softer led light-box ones. I ended that night with a dead phone and sadly eating an impossible burger in my car after getting lost dropping off the actor who plays Sybil. Yet somehow I was still excited for my next day of filming.

I was right to be excited because the second day of filming went so well that at several moments throughout the long day of shooting I couldn’t contain my excitement and ended up replacing the traditional “Cut!” with “OH MY GOD PERFECT!!” I was able to watch my actors bond while I set up equipment and watch how it aided their scenes together. I played around with a projector in one scene and finally felt the artistic side of filmmaking that I love so much. I ended that day dragging my roommates rug that I borrowed for the set up to my 14th floor apartment with a huge smile on my face.

Tomorrow is day three of filming. It’s probably the most crucial day of filming so I am spending the night attempting to get as organized as I possibly can before I begin filming. I want things to go smoothly. The day after I film I plan on showing Alan a couple rough cuts of the footage I have currently. Then I have three days off to clean my apartment that I’ve completely ignored while I meticulously placed spoons on my set.