Carson Denham: How did we get here? 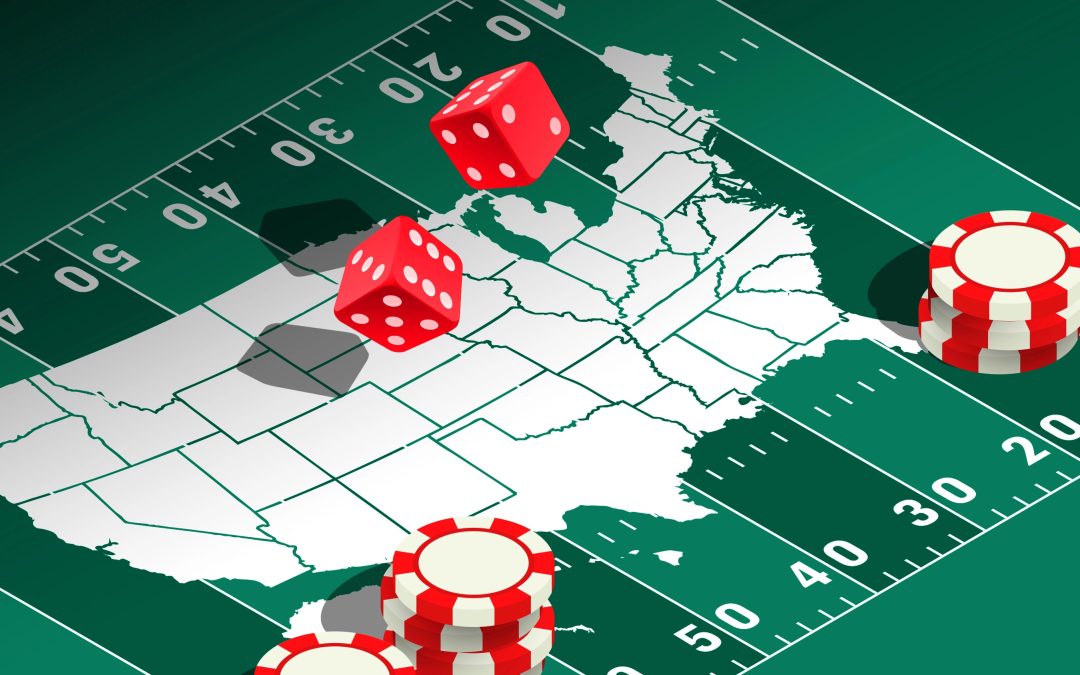 One of the largest pieces of the U.S. entertainment industry continues to grow to unprecedented levels, while others continue to shrink as the country bows at the knee of a pandemic and social justice issues. Through all of this, the sports entertainment industry has reached unforeseen levels of popularity and revenue. Much of this is attributed to a higher level of fan integration over the past decade, the expansion of sports media, and the slow but sturdy legalization of sports betting.

The rise of sports betting in the public’s eye has only happened in the last few years, yet it’s been a part of American sports history for hundreds. Perhaps the most well-known and pronounced sports gambling was of racehorses dating back to the 18th century. Due to it being one of the only true legal forms of betting, and the quickness of races, this tradition has stuck since its birth up until the present day.

Besides that, sports betting lurked in the shadows of the sports world for over a hundred years. The establishment of professional baseball in 1876 led the way for a larger platform of sports betting. Of course, it wasn’t regulated, but it didn’t stop people from participating. The issue however is that it wasn’t just the average joe betting on the game, it was the actual coaches and players. This rocked much of the baseball and betting world in the early 19th century, questioning the legitimacy of each. Through trial and error, these issues were wrinkled out and betting scandals became scarce, but not extinct.

All of this was quickly overshadowed decades in 1949 when the state of Nevada legalized betting on sports to help boost its tourism industry. To keep it regulated, the Federal Government imposed a 10% tax on all sports wagers. With such a high tax, most sportsbooks struggled. In 1971, Congress reduced the tax to 2%, which led to a resurgence of legal sports betting in Las Vegas.

Although sports betting legally went through Nevada, more specifically Las Vegas, up until the last decade, it didn’t stop other people from wanting to get in on the action. Up until 2018, it was illegal for anyone or place to operate their own sportsbook or act as a bookmaker. Meaning it was illegal to be a bookie or for a state to operate a public sportsbook. However, bookies were very common for many decades. A bookie sets odds, accepts and places bets, and pays out winnings on behalf of other people. It sounds simple enough but it can be a very dangerous business when one of the two sides doesn’t end up paying the money that is owed.

Nowadays that hassle is long gone. The Supreme Court of the United States lifted the federal ban on sports betting on May 14, 2018. Since the ruling, more than a dozen states have legalized sports betting, with others also passing a law to make sports betting legal, pending a launch date. This has led to different states having single months where over a billion dollars have been wagered legally. The country-wide expansion of wagering has led to different sources of revenue for companies and leagues alike, while also generating more jobs.

Once a sore eye for professional sports leagues, sports betting is now starting to become their backbones. Many leagues such as the NBA, MLB, and NFL, and their teams, proudly sponsor and endorse different sportsbook companies. This is because companies like Draftkings and Fanduel strike sponsorship deals, which in turn lead to commercials, advertising, and increased viewership. All of which fills the pockets of many different people. All in all, it’s great to see how quickly sports betting has become a forefront source of entertainment, and I am looking forward to dissecting the impact it will have on sports media in the near future.