Luke Fournier: The start of a season 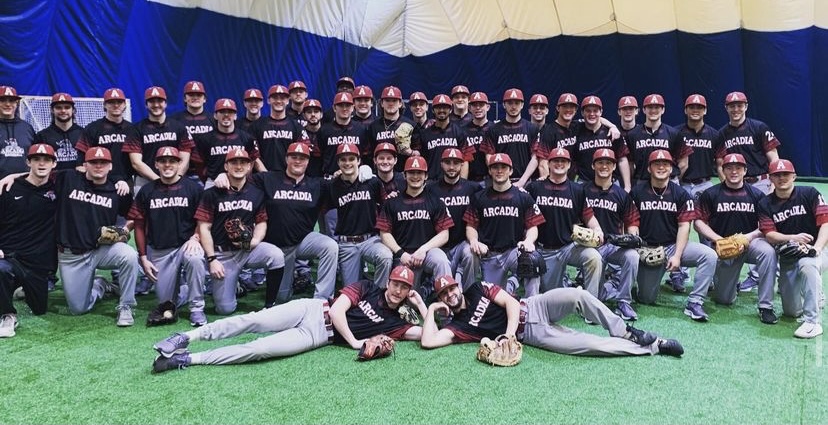 We’re only at the beginning of the season for the Arcadia Knights Baseball team but there have already been so many ups and downs. The Knights are coming off of an okay season, finishing in 4th place in the regular season and staying that way in the conference tournament. However, not many players have left the team, losing only two seniors from last season. It is a big blow losing the MAC player of the year in Trevor Mattson and a four year starter in Jeremy Sabathne. In exchange for that though we have gained back first year ace Carson Denham now a senior, Hunter Sibley, a transfer pitcher from division 1 Coastal Carolina, Brandon Colon, a transfer infielder, and Matt Donchez, a transfer outfielder. As you can see there are much more additions than subtractions which helps the team a lot.

This year the focus level has been a lot more intense, many players have stepped up to be leaders on and off the field which pushes other guys to buy into the same mindset. It feels like anybody on the team can be an impactful player sometime down the road. The goals are clear and have been made a focal point in their heads and physically as well. Coach Torresani has been much more hands on with the players and their goals, putting their goals in the clubhouse in big letters, “Win 30 regular season games, Make it to the conference championship, win a regional, win a super regional, make it and win the College World Series.” Seeing these goals every single day will put it in their heads that they need to take it step by step and not rush and feel pressed.

In the end however, it is the culture and the buy-in to doing these things that will ultimately result in these things. Coach has also had the players open up to their teammates about how they came to love the game of baseball. Every day before practice, one player will explain their baseball story, giving credit to their parents, their coaches, or anybody that has helped them along the way. This has been beneficial to the new players and the guys that don’t speak about that stuff. By learning everybody’s story, everyone is on the same page and can talk to each other in times of need. There have been many setbacks with individual players, but when the team comes together, we really shine and open up about things. It will be up to the players and not the coaches to steer the ship, coach Torresani can only do so much when it comes to preparing their players for this season, but when it comes down to it, the players are the ones doing their thing to make sure that they win games. The goals that the players set for themselves are high, but instead of hoping to achieve them, they expect to, and that is a powerful thing.