Anna Hilbert: I – Writing the screenplay. 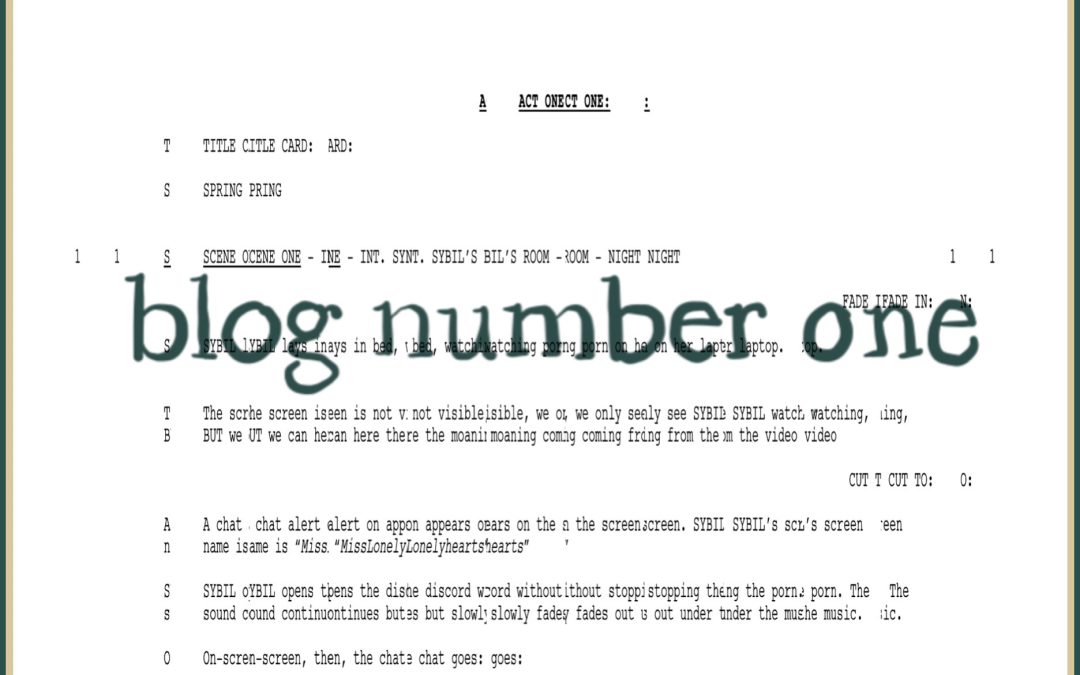 I have been told before that my eyes are bigger than my stomach, but only recently have I been told I am too ambitious. That is stupid… or (considering that I’ve never found myself to be even the slightest bit ambitious and am now being considered too ambitious) a compliment. I have been afraid of starting something large because failing it would be sad and difficult. That is also stupid.

So, after years and years of writing scripts and pilots and plays that will never see the light of day, I intend to challenge myself and go through the motions of making and sharing a short film without failing. The break before this semester, my last semester, I made outline, after outline, started equipment lists and storyboards, gave myself little pep talks in the shower and read my own words out loud to time their real length until I had a full story. It was a misspelled pile of digital pages with annotations that could be mistaken for novels themselves, but it was a full script. A screenplay called Voyeur about a young woman who spies on her next-door tenants, and writes romance novels about their lives.

And then I didn’t look at it.

I started asking around for actors and sending the rough script to people I thought could compose or act for my film, but I couldn’t bring myself to look at the full script again to do the final edits. That’s hopefully what these next couple week are for: polishing my script to a point where I don’t dread looking at it, finishing the shot list to have a vision of what the whole film will look like and what technology will be required. I’m also going to continue my search for actors, and send several emails to find my set.

I want Voyeur to include visual storytelling through different forms of media. Cinematic 4k scenes mixed with live instant message chat boards, and low frame rate surveillance footage. I want it to be unnerving and I want to make people uncomfortable when they think about the power and control of their own gaze and others.