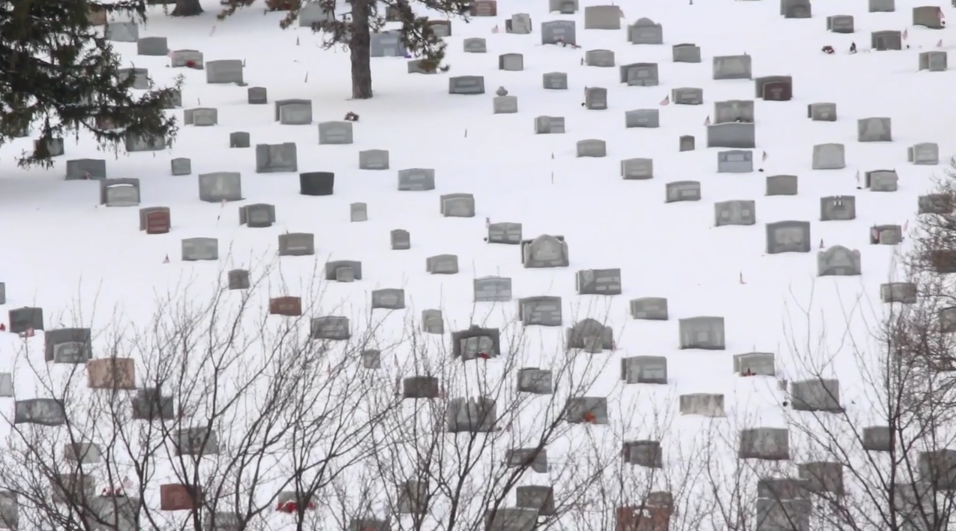 For this project, I created more music for another student video. My process for this one was pretty similar as the last one. I watched the video a few times, sat down at the piano, and played something that I thought would sound cool. If you’ve watched the video and you’re wondering what key the music is in, spoiler alert: it’s in E major.

This video was about a graveyard. It showed the graveyard as sometimes peaceful, and sometimes angry and spooky. I played music that reflected the mood shown at certain points of the video, and I created an ambiance to enhance this feeling from the graveyard through the music.

With this video, another musical challenge I faced was about the energy level of the music. It’s easy for me to create something fast-paced, which is why the music from the first video was fun to make. The music for this video was a slower pace because of both the existing voiceover and the slow pace of the video. I had to slow myself down a lot, which was challenging at times but definitely doable.

Another challenge I faced while recording the audio was with the actual recording process, also due to the voiceover. With the first video, since it did not have any audio, I watched the video on my computer and recorded on my phone, and then played both back at the same time to hear the music and see the video simultaneously. With the second video, I used the same process, but I didn’t want the lowered quality of the voiceover after it had been rerecorded with music in the recording. I ended up using headphones with my computer so I could hear the voiceover on the video without having it interfere with the recording of the music on my phone. Thanks to the magic of editing (aka Premiere Pro), I was able to adjust the volume of both the voiceover and the music so that both audios could be heard without one overpowering the other.

When I showed this video in class, everyone seemed to like it. My professor had said that I created a sort of ambiance which made it feel like the viewer was actually looking through the perspective of the camera. The student whose video it was had said that my audio worked better than the original music track. I definitely hope to create more music for more student videos like this throughout the rest of the semester.