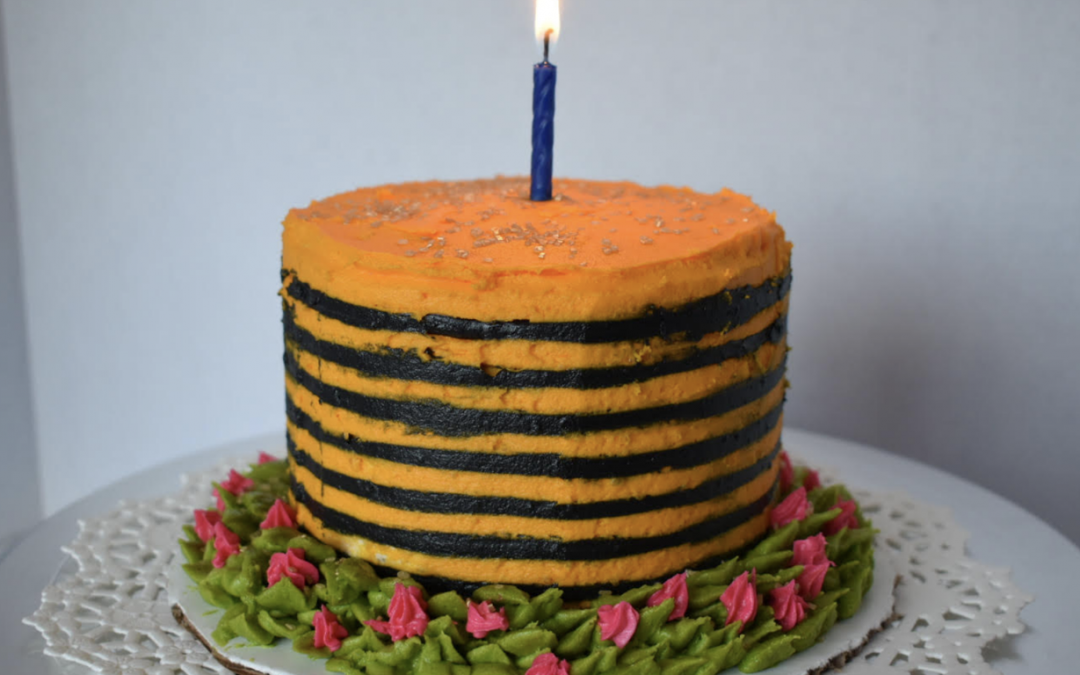 One of the first cakes I created for my project I call the Happbee Birthday Cake. I’m not exactly sure what inspired me to make this, but I randomly got the idea. I woke up in the middle of the night and thought of this cake. At its core, it’s a chai cake frosted with honey buttercream. It’s decorated bee-themed; however, going to that length is not necessary. When I thought about the Happbee Birthday Cake, I wanted to have a spiced and herbally cake which I landed on chai. As for buttercream, I was a bit stumped; I needed something to compliment the spiced, almost floral flavor of the cake but not overtake it. I knew the cake deserved something with depth; that’s where almond extract comes in. I figured with a chai and bee theme; honey would taste great. Still, I didn’t think honey would be enough flavor for the buttercream, so I experimented with adding some almond extract to compliment the chai and honey, which it ended up adding a ton of depth to the buttercream. The recipe for both is below.

2 cups (or 4 sticks) of unsalted butter

Preheat oven to 350 F, and prepare one 10 inch or two smaller cake pans with parchment paper and grease of some kind (spray or butter and flour).

Instructions for the Almond-Honey Buttercream

For the buttercream, it is extremely important that the butter is softened but not warm or melted at all.