Caroline Jordan – Trying To Find Motivation While Having COVID-19 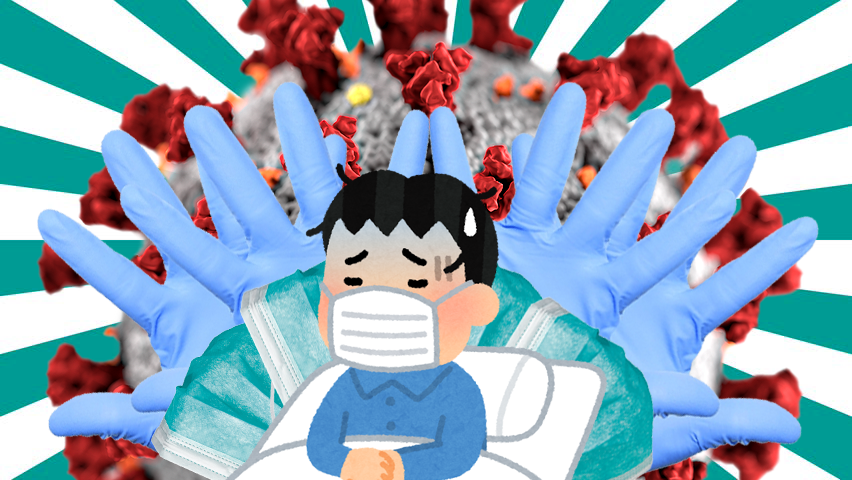 If I look back on all my semesters in college and in school in general, I don’t think it’s hard to say that this past semester has been one of the most difficult. I’ve had hard times before, but I think right now a lot of things in my life have been compounding together to make working and just being creative in general nearly impossible. Don’t get me wrong, I know a lot of people are struggling right now, but I just feel like for some reason this past semester has been especially difficult for me.

My strategy thus far has just been to take things one day at a time, which is fine, but of course it has one major flaw– I’m not looking towards the future or trying to get done all the things I need to get done for then. I feel like I have a lot of parts and pieces scattered all over the place– for example, I’ll have a video filmed but not edited, or a partially edited video, or half of an essay, or just an idea for something but not much else– altogether stuff that I know I have it in my to accomplish, but for some reason I just can’t seem to get any of the pieces to work together to make them what I want them to be.

This senior thesis, both this creative project and the written thesis part, have been a major burden weighing on me for months. I’m disappointed in myself, to be honest. I have so many ideas, had so many ideas, about what I wanted this to be. About what I wanted all of the projects for all of my final college classes to look like. And above all, I’m angry at myself for not having the motivation or the strength to do them.

And I know that it’s not all my fault– the past two months have been, to put it mildly, a shitshow. First, my grandfather passed away and I had to travel to Great Bend, Kansas (aka, a small town smack dab in the middle of the country that is not exactly the easiest to get to) at the end of February. That’s fine, we’ve known it was coming for a while, but it still takes a lot of energy to work through a funeral and to make the effort to get there. And then, the very next week, as soon as I got back, we received the news that Arcadia would be going online for the week or two after spring break. Okay, fine, but then to immediately receive the news only after arriving home that we weren’t actually going to be going back; that I still had a dorm room with most of my belongings in it that I had no idea if or when I’d be able to retrieve, that since I don’t plan to return to Philly after school that chances are I’d never be able to see most of the people I’d made friends with again, to have it all end so abruptly…

I get it. Those little things aren’t important in the grand scheme of what everyone else is dealing with. They’re just stuff. But I still feel sad that I feel like I’ve lost something, and I don’t know if I’m over that. It certainly didn’t help my mental state, or my motivation to work on all of these things that were due ages ago that I’d been putting off and putting off and putting off. And then, not long after school went online and all these stay-at-home orders started, I got COVID-19. And that was even more of a detractor on my motivation than everything else that was going on.

My dad was the first one in my family who got it, and despite trying to stay isolated, we think my brother and I got it from him. I felt like utter shit. My body ached all over, making it feel like every one of my limbs was covered in weights and laborious to move. My head pounded and my sinuses stuffed up and even getting out of bed was a chore. I could only eat the blandest of bland foods otherwise I’d be making frequent trips to the bathroom to, uh, evacuate my bowels. I couldn’t make memes online or any of the other things that I normally enjoy doing very much, and haven’t missed a day off in months, let alone even think about all the work I needed to do that was still piling up. I couldn’t even find the energy to write emails to my friends and professors explaining my situation, which only made me feel worse and like an absolute asshole.

And yet I didn’t have the severe dry cough or difficulty breathing, which meant I didn’t need to be hospitalized– nor was I a priority for a coronavirus test, because they are still in such short supply. That was one of the most frustrating parts. I knew how I felt, and I knew that I felt awful in a way that I never had from allergies or a cold or the regular flu or even food poisoning. My dad and my brother had had similar symptoms, with the exception of the diarrhea– instead, they both lost their sense of smell. All of these; the body aches, the headaches, nasal congestion, diarrhea, loss of sense of smell– they’re some of the more uncommon signs of coronavirus. But because they’re not the signature cough or high fever, it’s difficult to get tested, at least where I am, for COVID based on them. But the kicker is, without that positive test result in your hand, most people will refuse to believe you have it and simply try to claim you have something else, or you’re making it up for sympathy or attention or whatever. Which, when you’re stuck in bed feeling like crap with even less motivation and positive mental attitude than you had before, just feels pretty awful.

That’s where I’ve been the past two weeks. Trying to find motivation I already didn’t have because of how I entered into this quarantine to do schoolwork that doesn’t feel like it matters anymore and feeling angry and guilty because I can’t manage to get it done and with people telling me that I’m not actually feeling all the things I’m feeling, It’s probably something else, you haven’t been tested so you can’t possibly have COVID.And it gets into your head and makes you question yourself and you begin to think maybe this is all in my head, maybe I’m just weak for not being able to push through this and finish my thesis like everyone else. I’m not actually sick, this isn’t COVID, this is just the worst cold I’ve ever had in my life. And if you think that helps your motivation, it doesn’t.

I know this blog is supposed to be about my process. About making my thesis videos, about writing my paper and all that. But I felt this was important to write because, well, all of these have been the biggest factors of what my process is for the past while. I’m not gonna lie and skip over it on to my next blog post about Sour Patch Cream Cheese and pretend my “process” has been all sunshine and roses and it’s all fine, because it’s not. The process of making something is not affected only by the good times when productivity is high and you have a clear direction and know what you’re doing. It’s equally affected by those terrible times when all you

want to do is sleep and pretend you don’t exist and have no motivation to do anything at all. Process isn’t a linear road, nor a smooth one. And that, I think, is my point.