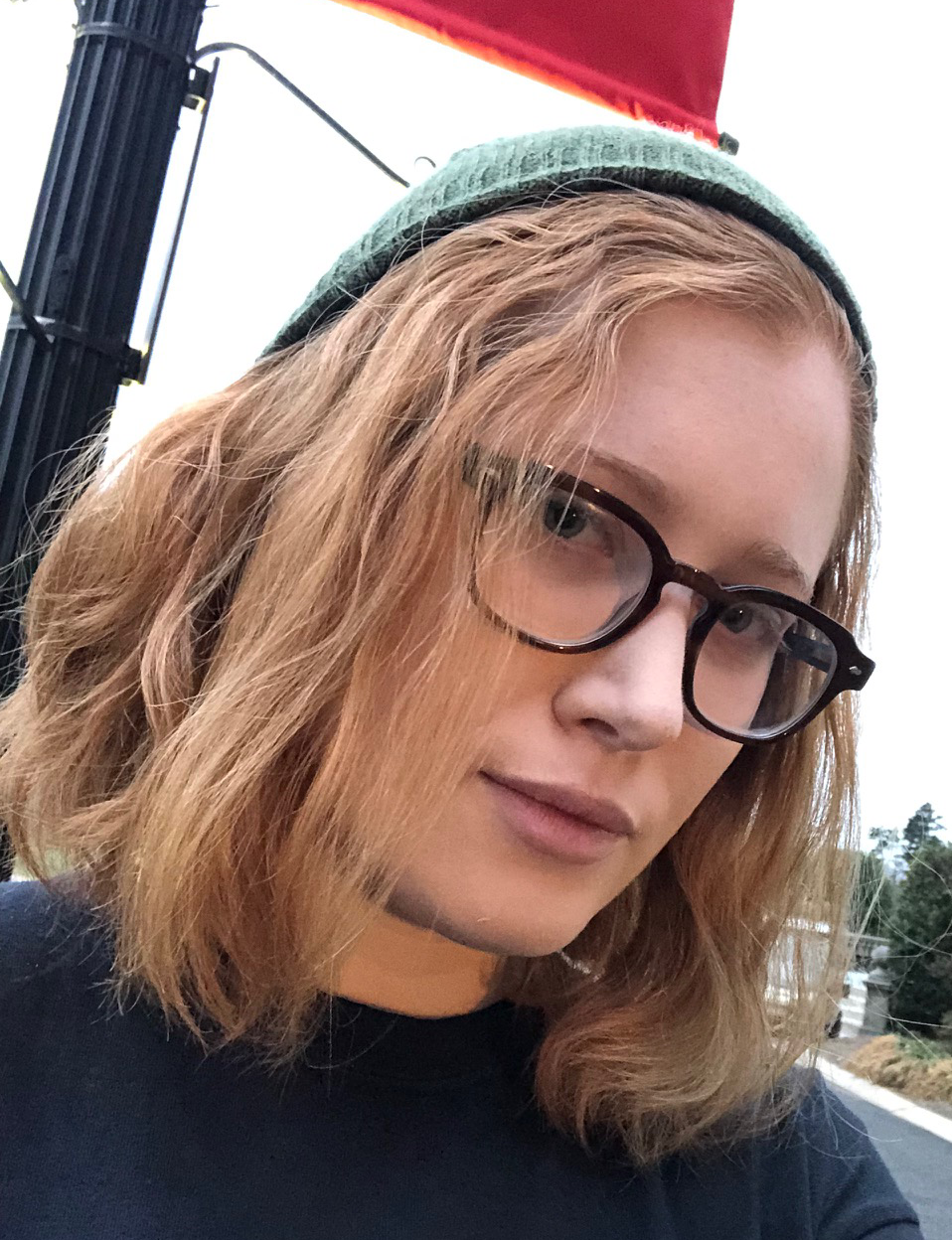 Hey there! My name is Caroline Jordan and I’m a senior Global Media major with a concentration in Political Communication. On the internet I’m better known by my username lady-raziel, where I create a variety of different content, but memes in particular, across a variety of different social media platforms. While I started out on Tumblr making edits and memes for internet fandoms, I’m now trying to push myself out of my comfort zone and improve my video skills via uploads to YouTube, and the videos in this thesis are part of that process.

The theme of my thesis is that there isn’t really a theme. All I want to do is create whatever video ideas that come to mind, no matter how weird or wacky they are, and have fun making them and improving my skills in video editing and production. Given the constraints of, you know, coronavirus-induced quarantine, I thinking it’s likely most of my videos will follow a vlog-like format, meaning that they’re filmed in my room or at home and are me telling stories or doing an interesting activity that I can do fairly easily while being socially isolated. The three vlog videos on my channel so far were all ones I recorded before being forced to leave Arcadia, and two of the other videos were remasterings of videos I had made prior for a Creative Video class. Even though I’m now stuck at home, I have a lot of different ideas for videos I want to make, and this blog will capture the process of me making them, as well as some of the interesting stories behind videos I’ve already made. 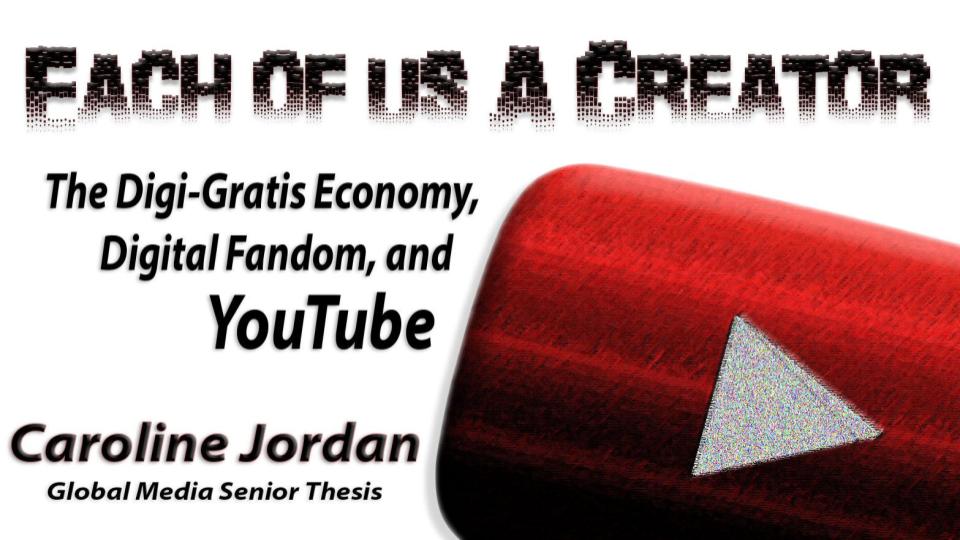 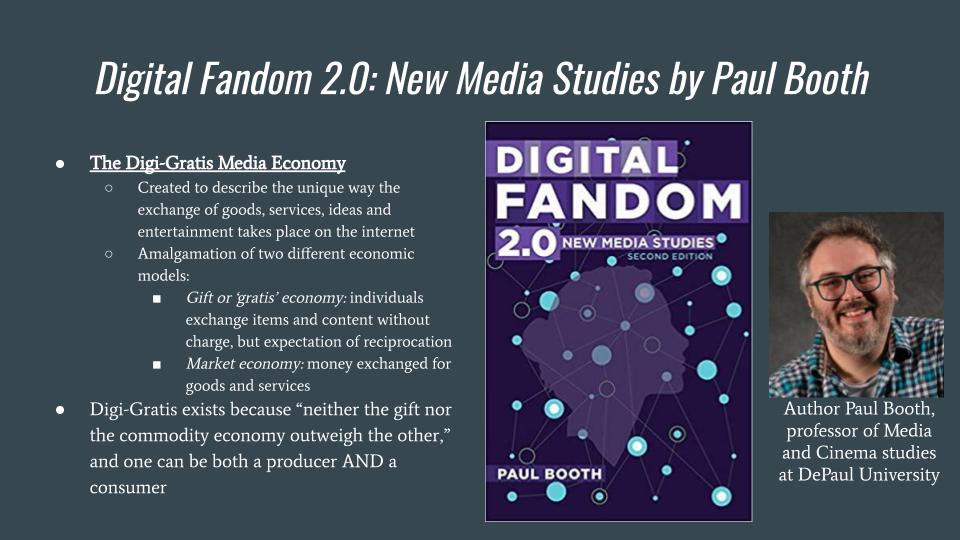 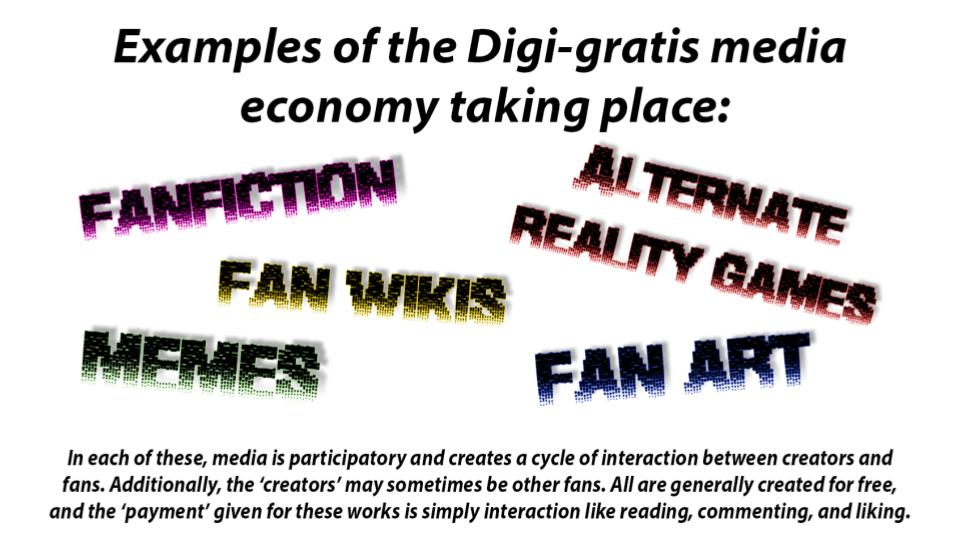 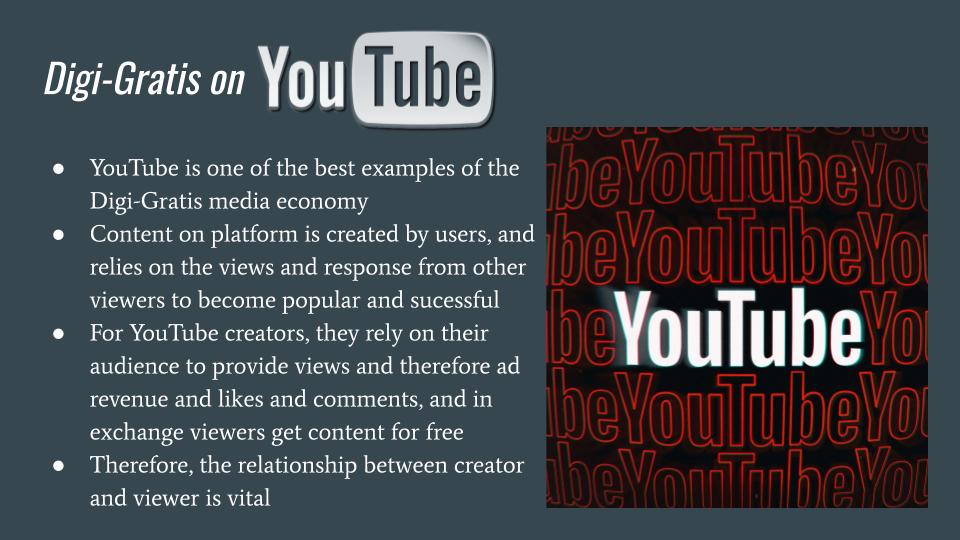 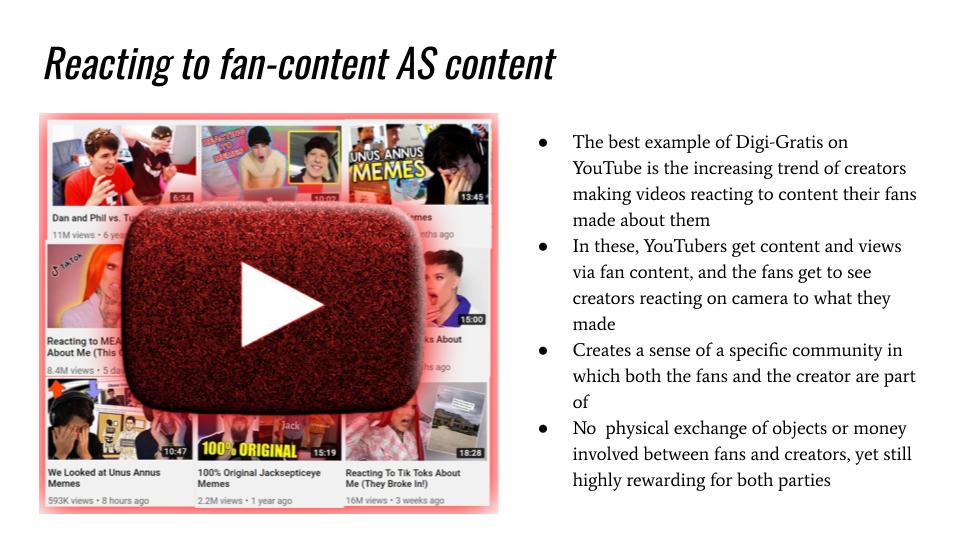 The digital world which dictates so much of our lives in the present day provides many unique opportunities and forces traditional views on both media theory and life itself to adapt and change. My senior thesis paper explores one theory that is changing the way we view a digital economy and what I believe to be the best example of where this is taking place.

In the online economy built on social media and media sharing sites like Twitter, Tumblr, YouTube, Reddit, and many many more, the traditional concept of a “market” economy, where money is exchanged for goods and services, is fused with another type of economical model, the “gift” economy, to create a new structure that has aspects of both and yet is separate. Media Theorist Paul Booth calls this the “Digi-gratis media economy,” where two parties exchange digital goods and services of value.

This type of media economy is on display in many different ways and forms, from the creation of fanfiction and fan wikis to Alternate Reality Games and role-playing. However, one of the places it is most clearly on display is on the video-sharing site YouTube in the relationship between creators and fans. YouTube content creators rely on their audiences not only to gain popularity, but also to make a living– therefore, relationships with the fans, who view videos for free, are very important. The Digi-gratis media economy is most evident in the trend of creators making videos featuring fan-made content, which rewards both fans and creators and shows the non-monetary exchange of digital goods that Booth theorizes on.