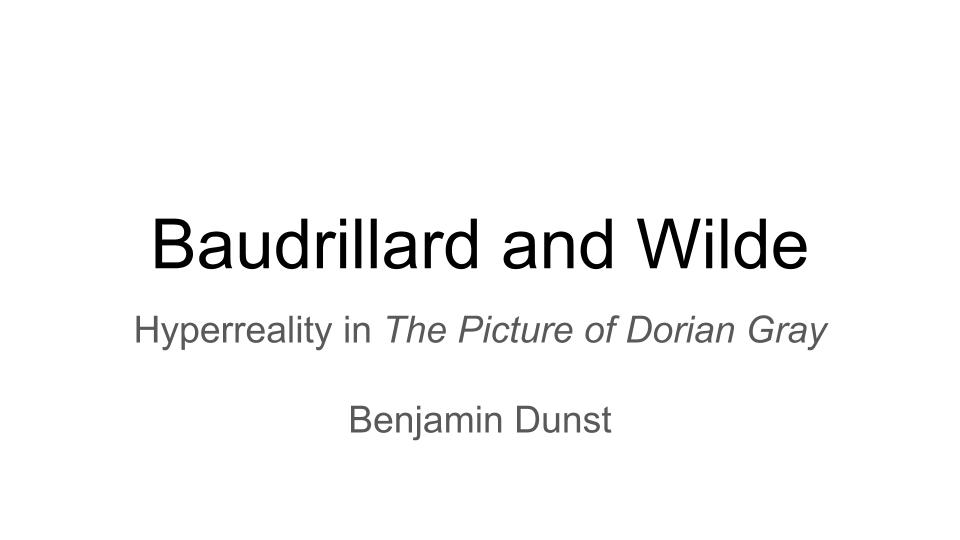 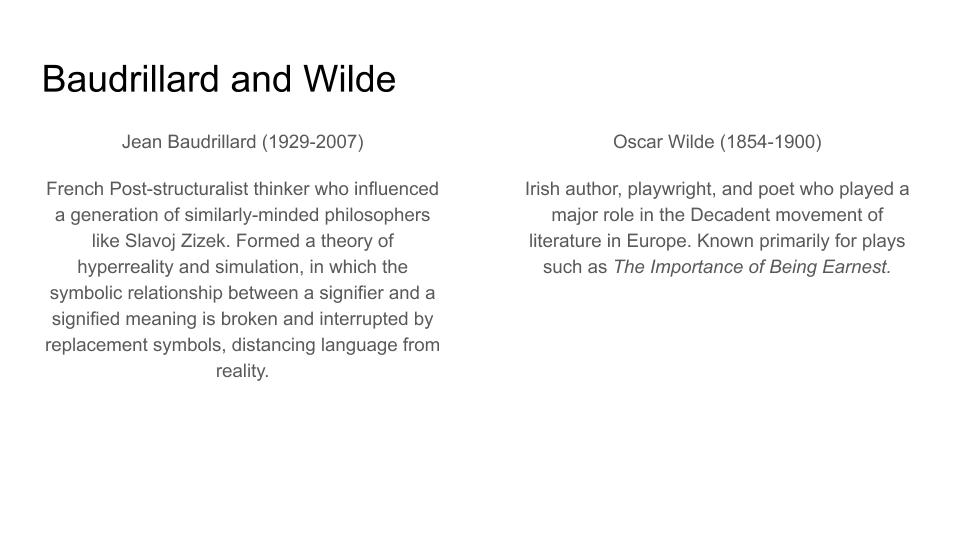 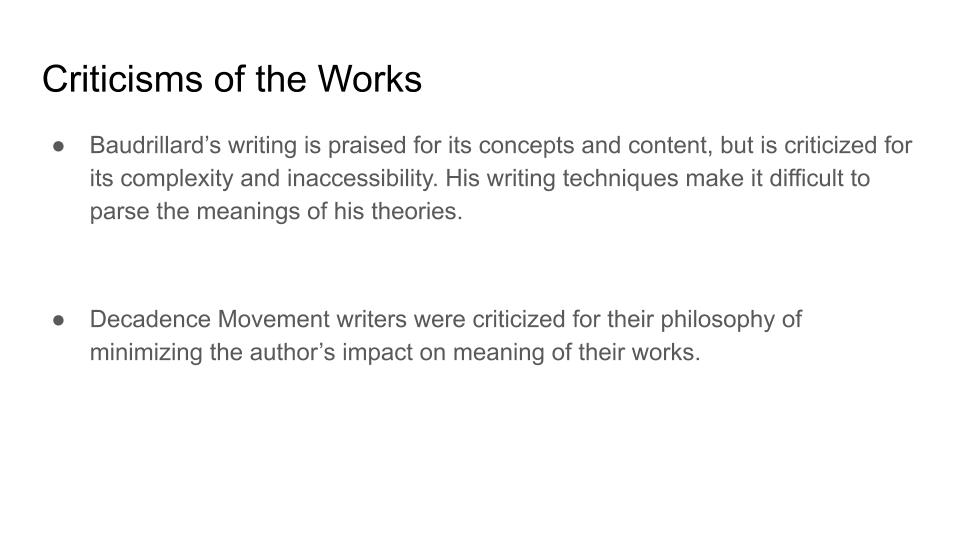 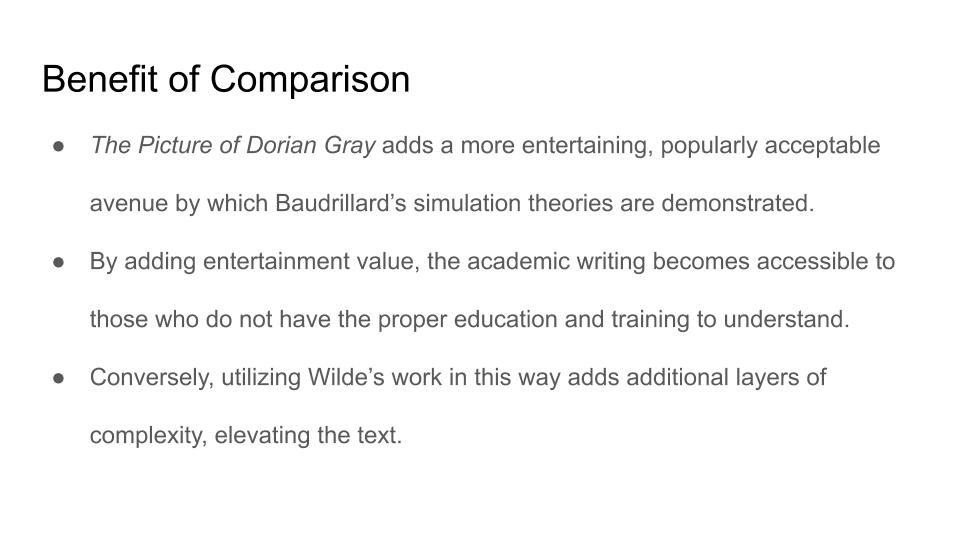 Baudrillard’s theory of hyperreality and simulation suggests that the decomposition of the signifier-signified relationship has made language a tool that distances us progressively further from reality. As a Post-Structuralist, this lines up with his belief that language is a tool that can not be used to understand the past or current world. Symbols no longer have a connection to reality in this state. Baudrillard believes that a widespread transition to a world of simulation took place in the 1970s, around the student protests and the ending stages of the Vietnam War. There are a great number of smaller examples to illustrate this point – the Gulf War, reality television, Disney World, and more. The primary comparison utilized in this text is the only novel written by Irish author Oscar Wilde. Despite the conflicting nature of the two authors’ philosophical schools of thought, their texts interact in a way that illuminates and elevates both works. The comparison makes clear the theories that are oft-criticized for their complexities and Baudrillard’s inaccessible writing style, while applying the theories of Baudrillard explain behaviors within the novel and grant it an additional layer of complexity that the novel lacks.