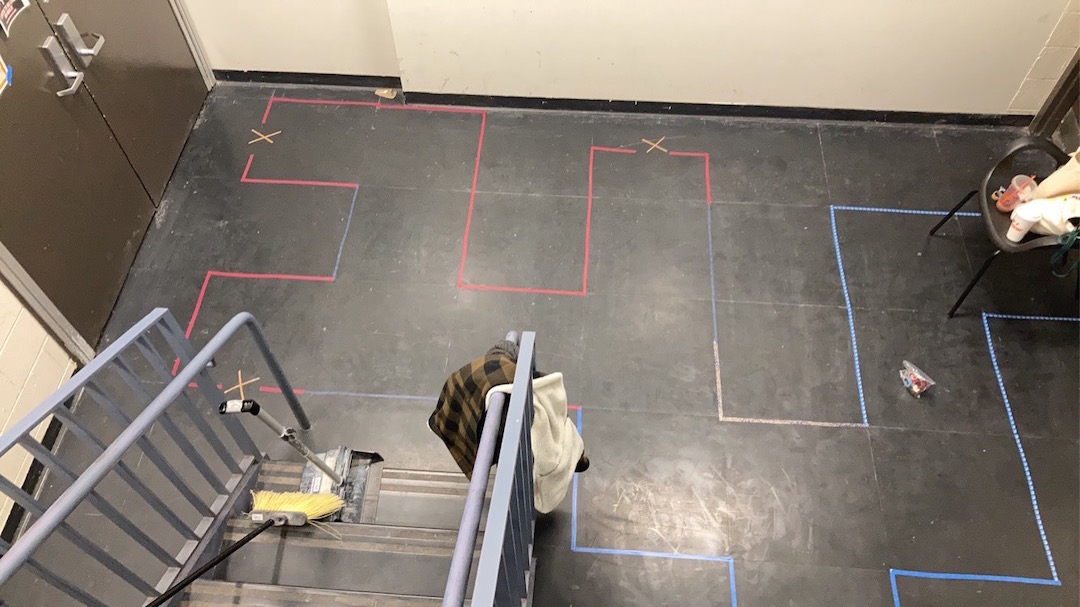 Over the last few days I experimented with setting up a rough draft of a full room maze on the floor in the stairwell hallway of Murphy. There are gold X’s to indicate where there will be several plaques that contain fast facts on getting into college and staying in college. One example of the information that will be on these plaques is that 83.8% of freshmen need financial aid, and that the average amount of aid provided for those freshmen students per year is $11,836. The layout of the tape on the floor is not the exact route I want to do, but as I intended it contains multiple dead ends in different places that lead to plaques that have the equivalent “dead ends” in college life that can lead to the 40% dropout rate among college students. The taping process took about half an hour with the help of one other person, including time spent adjusting the maze ot the space of the hallway. I expect it to take around the same time doing the taping by myself. My next step will be mapping how long it will take to add maze sections to the stairs themselves. My rough draft was done using any tape I could get my hands on and will not last for very long, however for the final version I will be using colored electrical tape since it will last longer and hold its color after foot traffic.