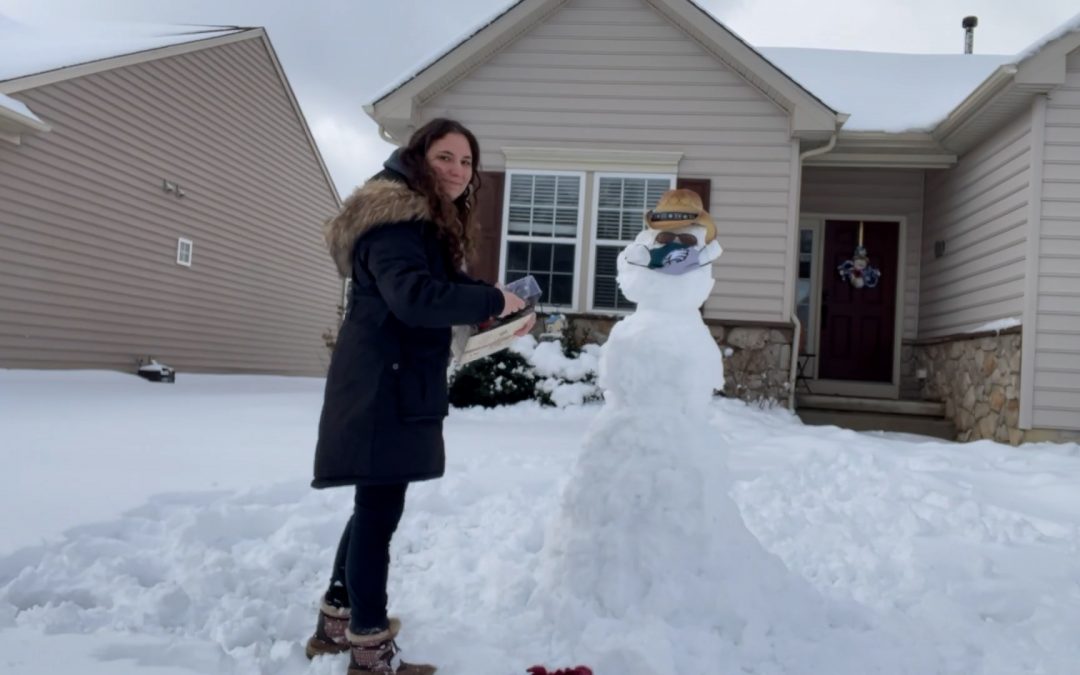 The last few years have been the height of my musical creativity, especially improv sessions at all the pianos around campus.

While this semester’s musical creativity looks a little different, I have still found a way to incorporate creativity into my life. For example, in my Video 2 class this semester, my professor asked me to create music for student videos. This video is one of them, where one of my classmates filmed herself building a snowman. I tried to make the music sound like snow falling and being rolled around.

My process for creating this music was pretty straightforward. I watched the video she sent me a few times, and I had mentally pictured a few chords and a key (simply put, a certain set of notes), that would sound cool accompanying the video. Because I improv so much, it’s easy for me to picture a sound that would fit a piece of media.

I then played a few chords in the key of D major, since I think that key has a cheerful sound. I picked the chords D, B flat, G, and A (what is commonly known in music as the I, VI, IV, V chord progression, aka my favorite chord progression since it’s really easy to remember). I then individually played the main notes of those chords in my left hand, while my right hand played an improv in the key of D major.

As for my writing process, I played along to the video as I watched it. When the camera accidentally shifted, I made sure to emphasize the tension in the music. There wasn’t much accidental shifting after my classmate was able to properly secure the camera, which meant that the music wasn’t naturally as interesting. So I then added the visual transitions to the video to make it feel like a time lapse project.

Overall, the class liked my version of the music, and both my peers and my professor agreed that my music track fit the video. I hope to create more music for more student videos throughout the semester.