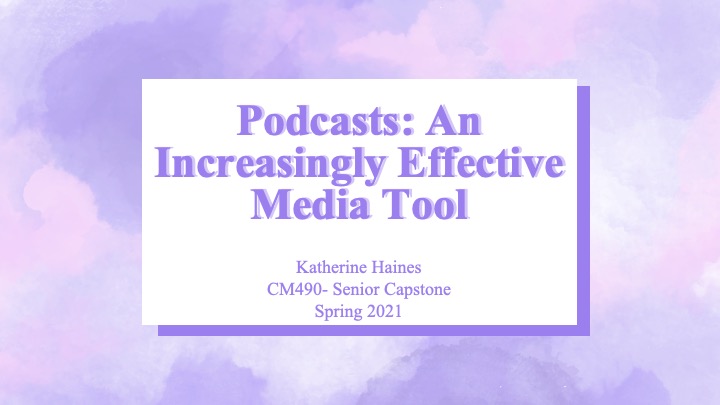 Thesis: Podcasts are much more effective because they are more accessible, better at capturing the audience’s attention, and can be used to educate people on important issues or start a conversation.

Podcasts are more accessible as a form of news and information for audiences to consume because of the portability of them and the independence that allows creators to share information not covered on mainstream news. 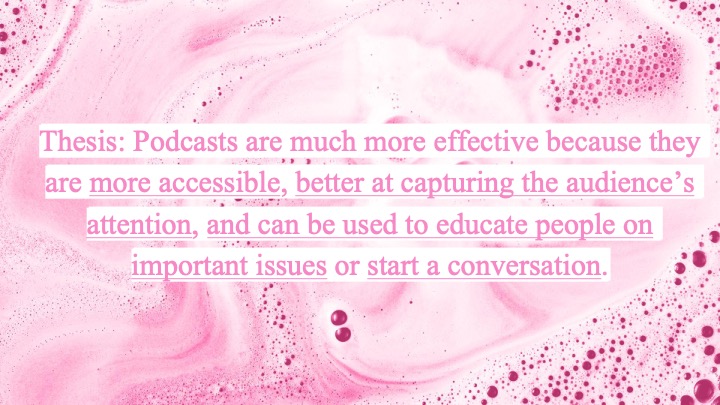 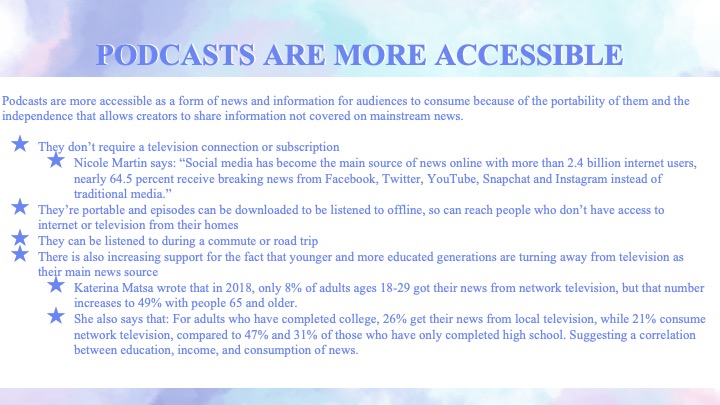 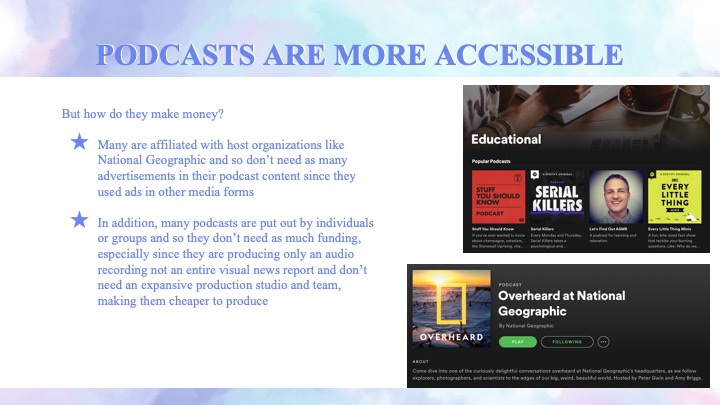 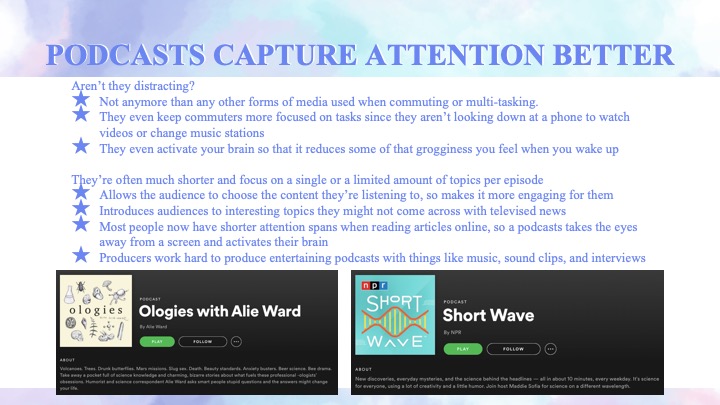 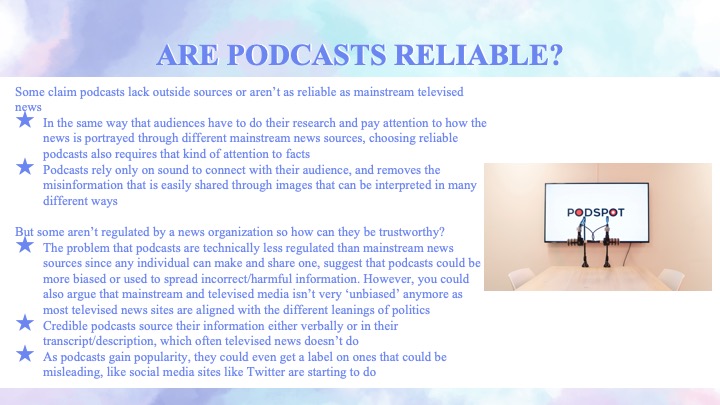 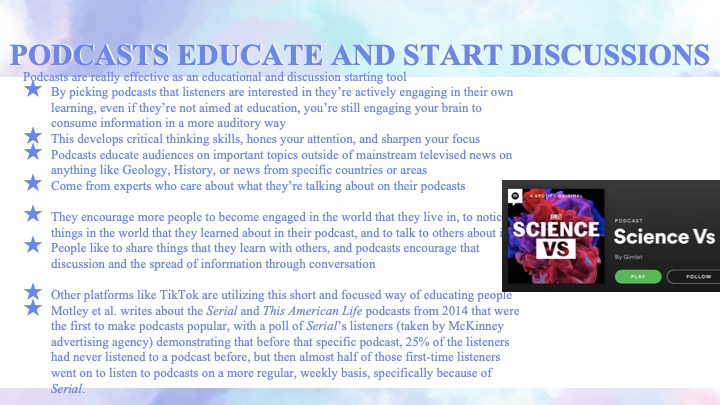 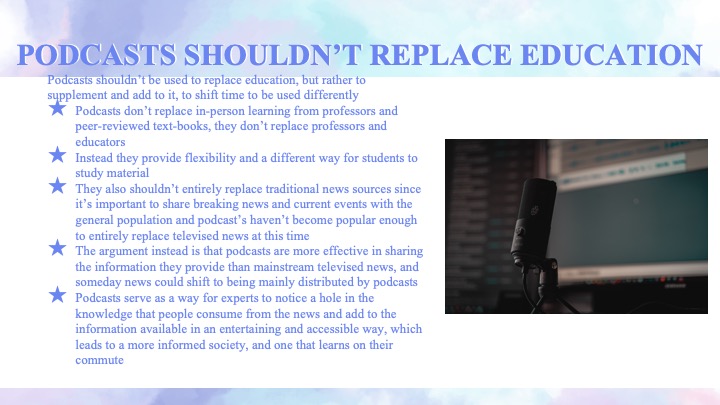 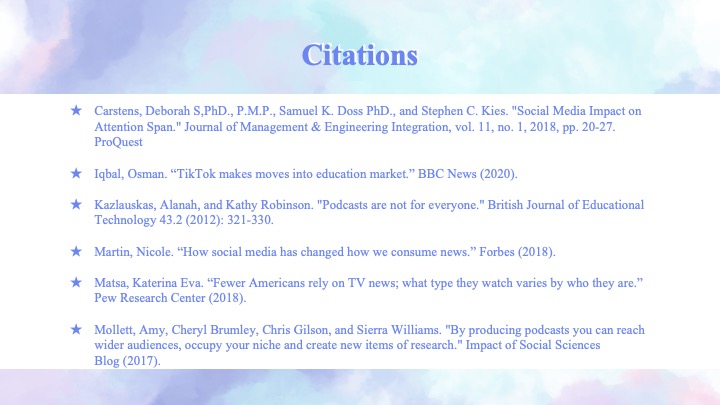